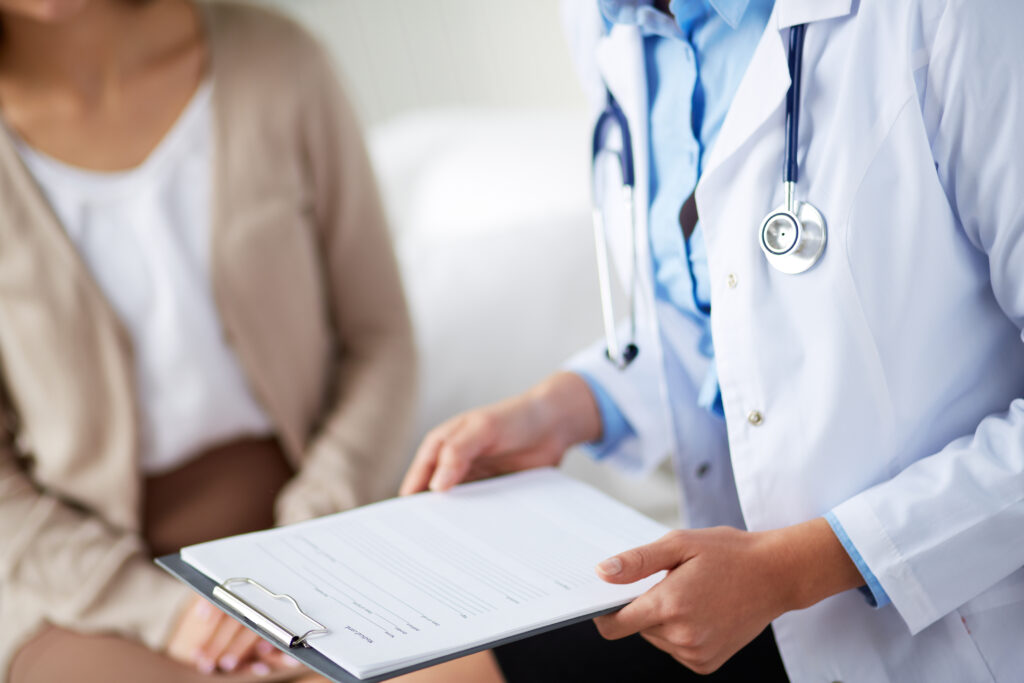 Should patients own their data?

Should patients own their health data? This question has persisted in healthcare over the years; however, recent trends—like the sharing of EMR data with insurance companies; the monetization of anonymized patient data; and recent news that major healthcare players have begun sharing their patients’ data on a massive scale—are underlining this question with increasingly bolder strokes.

Factors like the pandemic and the shift toward remote care have only raised consumer expectations about involvement and control in their care. The recently enacted information blocking rules have added additional energy to the patient-empowerment push as well.

So what's the bottom line?

While giving patients ownership of their healthcare data sounds simple enough, it may be more complex than it appears at first glance.

Providers have expressed concerns about how a shift could lead to issues like patient interpretations of test results and clinical notes, as well as data accuracy and liability issues that may arise if patients are provided with full access and control.

So what’s the bottom line regarding dynamics like these? With vastly different approaches aimed at future success for healthcare, how can the industry determine the best future for patient data? Hear what industry leaders have shared for perspectives on evolving patient data trends—as well as risks, benefits, and advancements when it comes to patients owning their data.

Cerner appeared in recent news when the EHR vendor agreed to give life insurance companies access to 54 million patient records via MIB.

But this move is nothing new: in a recent episode of This Week in Health IT, host Bill Russell points out that Cerner did the same thing with New York Life not long ago. In addition, Cerner is not the sole participant in this approach. Russell has noted that MIB created a similar arrangement with Meditech and Epic just a few years ago.

As Russell has pointed out, data sharing arrangements between EHR providers and insurance companies may actually benefit patients.

How and Why Patient Data is in the Hands of Providers

Commenting on these dynamics, Ed Ricks, Director of Healthcare at Sirius Computer Solutions, highlighted how the patient's perception of these events can misrepresent the actual opportunity that is being pursued. "Everybody's so worried about how big brother had all this infiltration in their life and what they're doing, and they miss what's really happening. In some of these cases, you're trying to make people's lives easier. And I think that's sort of the goal of technology if we use it right," he explained.

According to Ricks, a history of strained payer-provider relationships made providers less inclined to increase access to patient data. However, providers then realized a connection could reduce wait time in instances like prior authorizations and processing claims.

“You know, they had this distrust for payers because of the experiences as a provider over the years…And then when the payer says, ‘But our goal is we maybe can pay you that same day for the claim,’ all of a sudden, the light bulb goes on. If we can share that data to improve what we're doing, I think that's better for everyone. I don't see any difference with the life insurance,” Ricks said.

Trends in Patient Data Sharing: The Launch of Truveta

Another recent event that’s significant in the world of patient data sharing is the launch of Truveta. The new endeavor includes more than a dozen major health systems which have agreed to share “normalized and de-identifed data” pulled from the millions of patient records maintained within their systems. The aim is to adopt a data-driven approach to optimizing precision medicine and population health initiatives.

The health systems involved include:

According to Healthcare IT News, Truveta plans to apply the data mining capabilities of machine learning to “gain new insights at significant scale as the providers research the unique health needs of their own diverse patient populations,” and “innovate care delivery and spur development of new therapies by leveraging ‘billions of clinical data points with a single search.’"

Can Data be Safely De-Identified?

Ed Marx sees benefits to having access to such a big data set, but believes there are hazards in assuming that “de-identified” data will actually remain so.

Marx serves as Chief Digital Officer for Tech Mahindra Health & Life Sciences. In the following clip, he expounds on his concerns.

While having all that data available for researchers will be powerful, Anne Weiler underscores the challenges with ensuring data integrity within large data sets and the critical need to use “clean data” to optimize results. Weiler is an entrepreneur with a history of successful tech start-ups  , as well as the CEO and co-founder of Wellpepper, a clinically-validated and award-winning platform for digital patient treatment plans.

In the following clip, she expands on this perspective in the context of the Truveta news and explains why she’s “a big fan of small data instead of big data—because the smaller the data, the easier it is to actually interpret what's going on.”

In a number of ways, Russell said he can imagine a world where patients own their own health data—and he wants to be one of them.

“I’m for a longitudinal patient record. I want all my information to be able to be aggregated, except I want the patient to be the locus of that. …I don’t want the health system to be able to aggregate my data.”

However, Ricks offered a dissenting opinion.

“Do you really think most patients are ready to take that kind of ownership? You're sophisticated. And you worked at it in healthcare for a long time. So you want to manage that. I think a lot of people don't. I'm not sure every patient wants to be a consumer in healthcare. I think they just want to go get care when they need it,” he said.

Offering the Choice of Partnering with Patients

Russell conceded that some may choose to defer that responsibility. But for the rest, he believes there should be additional options available. The responsibility for sharing and managing patient data does not need to fall on the health system either—since it could include other players, such as big tech.

By opening the door to who may manage patient data, there can be a healthy choice for consumers rather than a dependency. This could also address potential risks with health systems being the subject of cyberattacks by bad actors looking to hijack health records.

On the other hand, Ricks explained how that kind of an approach would take more than the accessible technology that could manage this transition. With a standing precedent, it would take more for the healthcare industry to adjust.

“I'm buying what you're saying. But how far out do you see that shift? Because that's a big cultural shift too,” Ricks said.

With the recent implementation of the 21st Century Cures Act Final Rule, perhaps some of that cultural shift is beginning to occur.

How EHR Vendors Can Prioritize Transparency

Sean Bina, VP of Access and Patient Experience at Epic, said his organization has been participating in the 21st Century Cures development process for several years.

He expressed their primary concern in this context was transparency to ensure patients were provided with a clear explanation regarding how their data would be used. Although the overall intent of the legislation is to advance healthcare to benefit each patient, there are risks.

“We want them to understand what is happening when other apps are accessing their data,” Bina said.

As discussed, transitioning health data ownership to the patient poses potential risks, especially if access would include the ability to edit the information in their electronic record.

On the flip side, patients’ ownership of their data may reduce risk. When it comes to the potential for errors in patient matching, a recent Healthcare Innovation article outlines the hazards involved—including misunderstandings and miscommunications within a variety of clinical scenarios that could lead to disastrous results.

So how can these types of errors be addressed?

One way, the author Shaun T. Alfreds notes, is to involve patients in their own data validation during the registration process.

“Without accurate records, patient matching is impossible to execute. Simple steps, such as asking patients to confirm information at registration or providing kiosks where they can check their records and correct details, are quick yet effective steps to move us closer to accurate records for everyone,” he said.

Could Patients Navigate Their Data Safely?

Andrew Rosenberg, MD is the CIO for Michigan Medicine. He agreed with granting patients more control of their data, but admitted this does not eliminate concerns. 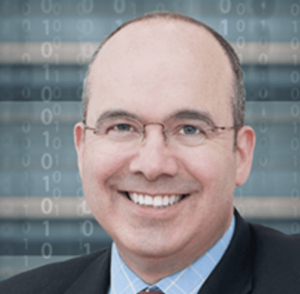 Although an increased availability of data would have its benefits, Rosenberg said he sees health institutions as “the custodians of [patient] data.”

“I do think that the typical person does not really know or understand the depth of their medical data and that they seek a trusted provider…a trusted professional to help them with their cherished, really important healthcare data. I think it's complicated that their data [is] all over the place and that the average person, including even myself, doesn’t really understand the depth of that,” Rosenberg said.

In that light, he would prefer a more measured approach to increasing the availability of patient data.

"I would like us to go into it carefully and responsibly and not just open up enormous portals of patients’ data at the individual or the bulk level and have data migrate out. And then we’d start to learn, well, that really wasn't good that everyone now knows about this genetic marker that I have, and now I'm not insurable or whatever,” he said.

“So I'm just a little bit on the conservative side of how we open up, not the idea that we do,” he said. “And of course, that would go against what other people would say. That it's not yours to choose. It's the patient’s. They've given permission. It sounds very paternalistic, but I just don't think the average person really understands the sophistication of their healthcare data.”

Being a Responsible Steward of Patient Data

Dynamics like these underscore why it’s so important for entities that are entrusted with healthcare data to be the type of data stewards patients can trust. Joe Petro, the Chief Technology Officer and Executive Vice President of Nuance Communications, explained that his company takes a very conservative approach "as stewards and custodians of data."

He expressed how grateful he is to work for an organization with this mindset, because with how healthcare data could be used, “there's a lot going on out there, some of it a little spooky.”

Imagine a World Where Patients Own Their Health Data

On a recent episode of Today in Health IT, Russell outlined the potential reality where patients own their own health data. He asked:

“If patients ever figured out how to organize around the privacy of their data, what impact would that have on how healthcare data is handled?”

Sue is a contributor to This Week In Health IT. With decades of experience as a nurse, Sue experienced the transition to digital hands-on. After helping train many of her colleagues on the EHR, she went on to work for healthcare startups and get her Masters degree in Digital Journalism and Design.