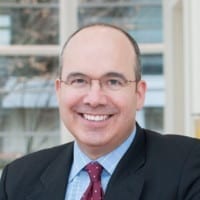 Andrew Rosenberg is the Chief Information Officer at Michigan Medicine.

In this new role, Dr. Rosenberg will plan, execute and lead the innovative creation of a single information technology and services organization. By combining the best practices and skill sets of the existing two IT groups (MCIT and MSIS), a new IT organization will be formed to better align and support the various IT and data needs for the academic and clinical delivery missions. This new organization will also integrate with the broader campus and university goals.

Dr. Rosenberg was an undergraduate in biology at the University of Michigan. He then attended Johns Hopkins Medical School where he completed a residency in internal medicine. Subsequently, he completed residencies in anesthesiology and critical care medicine. He was a Robert Wood Johnson Fellow at the University of Michigan. His recent work in informatics has been in the areas of designing and implementing enterprise analytics programs for academic medical centers and integrating large scale enterprise clinical electronic information systems to health system research IT capabilities. His expertise includes initiating and maturing a variety of governance organization and implementation strategies to successfully accomplish these socio-technical projects to advance learning health organizations.

Since 2002, Dr. Rosenberg has served in a variety of progressively responsible academic and administrative positions including director of the division of critical care in the department of anesthesiology, director of the cardiovascular center surgical intensive care unit and director of the critical care medicine fellowship program. In 2007 he was the medical director for the hospital electronic order entry project (Carelink) and then inpatient electronic health IT. In 2010, Dr. Rosenberg became the first health system chief medical information officer, where he also directed the UM implementation of the Epic electronic health record system (MiChart). During this time, he created and led the office of clinical informatics. Also, during this period, Dr. Rosenberg became the first UM Health IT steward, serving on the then, recently created UM IT Council. In 2013 Dr. Rosenberg created the information and data management division in the Medical Center IT (MCIT) organization, and became its first executive director. In January 2016, Dr. Rosenberg was asked to lead MCIT as the U-M Hospitals and Health Centers chief information officer-interim.

What’s Likely to be Impactful in Health IT in 10 Years?

Next in Health IT with Andrew Rosenberg, M.D.

What Do We Miss When We Go Remote

The goal is constantly trying to shift from things that we deem as inefficient, to more patient centric, more humane and less expensive etc. This is the pursuit of healthcare. This is the basis of disruptors trying to come into the market.

I love the debate about buy or build your own. Do we go after vendor products or do we develop our own? There's a reason for both. The Mayo Clinic is extremely well known for building their own. And yet I'm finding when you try to build your own you often run into all sorts of conflicts. Especially with resources and priorities.

Just before COVID hit, we were already talking about more remote radiology viewing stations at home. We'd set up about 6 of them. Two weeks into COVID, we had 50 up and running. That's an example of a new workflow that will almost for sure be sustained, because in private practice radiology, more radiologists are starting to work from home.