Remote Work, Productivity, and the Future of IT with Health First CIO 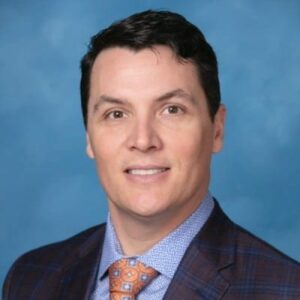 William Walders, CIO and Senior Vice President of Operations Support at Health First, joined host Bill Russell to share his approach to his position and the IT roadmap.

Walders, CIO and VP, also acts as a “pseudo COO,” where he is responsible for contracting and a supply chain of 500 employees.

Russell has recently observed several CIOs taking on additional roles, some going in a digital direction and others in operational. Even CIOs that do not hold the title seem to be assigned the additional responsibilities, which may be because the two positions are closely integrated.

In Walders case, it became apparent he could adapt operational components into his role when their system COO retired. Though their organization does not have a Chief Digital Officer, he would likely qualify for this title as well, he reflected.

When it comes to his team, Walders has his focus on retention and succession, ensuring his system is prime for success. He has used his platform on LinkedIn as one means to recruit potential interest for his team. Another strategy is living in sunny beachside Florida, he joked.

Looking at his future as CIO, Walders has a succession plan in mind. He is currently training three people to serve as his relief, a term he brings from his time in the Navy.

“I think it's an inevitability that I grow out of the CIO role at Health First. I don't want to, I love it, but I think that's just directionally where my leadership is taking me,” he explained.

Currently, Walders works remotely, which he did in his previous positions. When starting as CIO, he worked with staff to set the example that their team could be fully remote.

Employees loved the change, according to Walders, which also increased retention and serves as a strong recruitment tool. Additionally, when COVID caused people to work remotely, there were no limitations on their remote capabilities.

Remote work has done more than increase employee satisfaction. The shift to remote work saved Health First a $6 million construction project they planned for an administrative building and another $3 million after divesting a rental space.

As productivity concerns around working from home, Walders explained they have been tracking, and there has been a 17% increase.

“This is not changing. We’re in it for the long haul,” he said.

Another measurement of this productivity is in security patch management compliance. When Walders started as CIO, there was an 80% patch goal. This gap has been dramatically reduced, according to Walders. For example, in help desk productivity, the team went from 6,000 open tickets to around 200.

Walders broke-down his IT roadmap with Russell, discussing how he approaches six main aspects.

According to Walders, IT service management (ITSM) is the first of his four foundational bases of strategy. By starting at the service desk and documenting what is being done, costs can be extrapolated, and an employer value proposition (EVP) can be formed.

Another vital element is data analytics. According to Walders, Health First is a holding company in the wellness business. It is a pillar in the company, at 85% of the market, and its popularity is comparable to seeing Starbucks on street corners.

“Everyone’s affected by Health First, so we represent that brand. We want to do right by them,” he explained.

For this to happen, it is important to combine data in a way that is actionable to deliver, according to Walders. Their strategy is to utilize a ubiquitous presentation layer, with the help of a data enablement team and a self-service business intelligence (SSBI), enabling the business to achieve great things with their data.

IT governance (ITG) is similar to the ITSM framework and has to do with how to get requests in and create new initiatives, according to Walders. The team has adopted an agile methodology, a product team structure with product owners, which is a governance council.

While it is called the digital enablement committee, it is governance, according to Walders. The team has begun looking for tools, processes, and possibly service providers to manage this.

IT automation (or robotic process automation) is part of his roadmap. According to Walders, they are all in.

“We’re spinning up robots left and right to do the simple stuff now with claims and other things,” he said.

However, it can be challenging to get people to adjust to having robots doing new low-value work, according to Walders. One of the reasons for this is because of how it is worded. Many are fearful, thinking of past jobs like dictation and transcription.

“We need you to do the high-level work,” he said.

Application rationalization (also known as App Rat) has been a primary area of focus.

“No one hires a new CIO and says, ‘Here’s all the money you need to transform and here’s all the time to do it,’” he said.

With this in mind, Walders worked to go through contracts and app rat to “cut the fat.” This allowed him to keep savings so he could innovate, update, and adjust.

Lastly, digital enablement is key to the growth of Health First. According to Walders, about 20% of the company was sold to their partner Advent Health. This gave them $800 million of pivot capital to enable consumerism, which puts healthcare tools into peoples’ hands in the way they consume them.

One of the ways they plan to work towards this is with health villages, renovated malls made into park-like settings, according to Walders. There is a plan to add medical offices and fit together with other businesses like Whole Foods, Spin Cycle, Orange Theory, and Tropical Smoothie Cafe in a central location. According to their studies, by integrating these businesses, around 90% of visitors will not be coming for healthcare but overall wellness.

According to Walders, there is a need for digital enablement for an integrated system, which could include things like robots and applications.

“I think folks are starting to figure out that consumer as an owner. We want to take it to that next step,” he said.

As a result of the pandemic, the lasting impact is the mindset that IT is a good partner. According to Walders, IT is done for people and not to them. During COVID, IT has been utilized to scale ICUs, build applications, assist with the vaccine, and create efficient registration methods. For Walders, IT has been a strong partner.