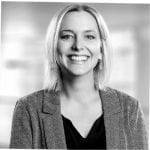 Sarah White, the Senior Director of Innovation and Health Systems Engineering at UCHealth, joined Influencers to discuss the system’s success with COVID-19 mass vaccination events and the subsequent playbook they published.

The playbook documents a comprehensive view of their drive-through model for mass vaccination. It includes sections on recruitment, clinical support, volunteers, media and communications, vaccine storage, and financials.

According to White, this drive-through model was created within two weeks when the Colorado Rockies baseball team contacted UCHealth, asking to partner and meet a goal of 10,000 vaccinations in one weekend.

The hard work of White’s team brought great statistics, host Bill Russell noted. The system reported that in two six-hour days, 10,000 vaccines were administered at the rate of 834 cars per hour, with an average of 22.4 minutes per car. Additionally, there was a reported 0.9% patient no-show rate and zero unused doses.

To accomplish this, UCHealth created a coalition with the Rockies, state and city officials, the County of Denver, a local AM radio station, and Verizon Wireless. These partnerships were critical to meet the goal, according to White.

"It really took kind of all of those partners, voices at the table, to organize this, to make sure we weren't missing anything, and [to] really create those open lines of communication," White said.

Each partner brought something unique to their success with the drive-through event. The Rockies’ staff assisted with crowd movement; the city and state community communication team helped create two-to-three minute messages for the even; the local AM radio station presented these messages to get the word out to the public; Verizon provided wireless communication infrastructure in the parking lot.

According to White, this event model helped a section of their population unable to walk into a clinic or event for the vaccination. This was an optimal way to address the community’s needs.

"The more we talked with our patients, and we talked with the community, there was a need for this type of event to help meet those needs," White said.

Even with worries of low turnout and wasted vaccines, UCHealth was able to achieve as 0.9% no-show rate. A big player was their My Health Connection app, White explained. The app allowed patients and community members to create an account and appointment.

Not only UCHealth patients but anyone in the community could use the app, as long as they met the age requirement. Once the state allowed for an age bracket to be part of the vaccine cohort, names were put into a random process that invited selected users to the event through their electronic system.

When the invited participants showed-up, the app gave them a QR code. This expedited the processing time of the drive-through. White noted that around 83% of patients utilized this code for signing in, making the check-in process last about 30 seconds.

Logistical challenges did not end there. The outdoor nature of the event also posed issues. For one, Pfizer vaccinations needed to be refrigerated at sub-zero temperature Therefore, they needed to have freezers, backup freezers, and generators, according to White. But the Colorado winter meant a need for warmth; therefore, the team coordinated a heated pharmacy tent.

Additionally, the teams worked to maintain constant communication. As the event progressed, clinicians needed the thawing process of the vaccine to be timed correctly for the flow of participants.

These challenges proved for adjustments even within the weekend. For example, their pharmacy tent was originally located offsite, but later was moved into the large tent where the cars were, which made communication easier.

"That became a really good lesson for us to make sure that the vaccinators and the pharmacists were arm-in-arm arm," she said.

Organization was another adjustment made during the event weekend. The layout began a six-lane mega tent funnelling into eighteen cabanas for vaccination. But the team soon learned that by expanding the tent to eight lanes and getting rid of all cabanas, the process became more efficient.

At one point, the group was able to work with over 1,000 cars per hour at an average of 14 minutes and 36 seconds, according to White.

Additionally, the cost was reduced from the original price of $27 per vaccine due to the model’s alterations, which is one way the model shows its adaptability.

Another lesson learned was with Rover devices. According to White, the user can be in the EMR in real-time, allowing staff to document and consent patients.

"We knew that...if we could make that work, we could save a lot of time rather than a laptop. We partnered with Verizon, and this was one of probably the most critical pieces of the entire event," she said.

However, with this addition, the team realized the need for a triple redundancy plan, one that they ended up utilizing, White explained.

"So, that triple redundancy was not only did we have a wifi network up and running, but we also had signal via what's called jet packs from Verizon. And then we also had SIM cards within the Rover devices," White said.

Even with these adjustments and contingencies, the event was a success. White noted that event is flexible enough to be reproduced to fit varying needs and populations.

"This is a model that we could take and scale down to other parts of Colorado...we could probably even scale it up quite a bit," White said.

While the playbook is going through a revision process after their administering a second dose to patients,their first release includes al of this information and more. For insight on how to replicate this model, UCHealth has provided free access the mass vaccination playbook, which is available at uchealth.org under the vaccine tab.

"The reason we even put this together was really when we went out to create this, we couldn't find anything out there, and we thought, we're all in this together," White said.