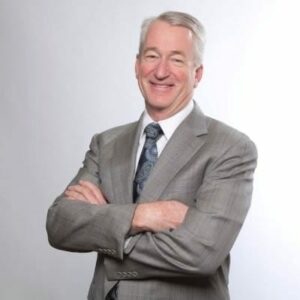 Ed Kopetsky, CIO for Stanford Children’s Health joins us. Ed is a CIO of the Year. He is a lifetime achievement award winner.

Served as EVP and CIO in several leading healthcare organizations. Prior to becoming CIO in 2009 at Stanford Children's Health/Lucile Packard Children's Hospital, developed client relationships and consulting business for IBM and Healthlink. Performed strategic planning and assessment of IT organizations, and led a team of client partners to grow and manage the business. Helped grow Healthlink to $100M and was a member of the leadership team in IBM after it acquired Healthlink in 2005. Previously served as EVP & CIO at Centura Health (1996-2000) and Sharp Healthcare (1986-1996), and Regional CIO for the Veterans Administration (1982-1986).

CIOs are change leaders. We're not technologists, we're change leaders. One of the best things that happened with COVID was adoption went through the roof. When there was finally a need, all the barriers went away.

Stanford is the highest acuity children's hospital in the country. We have the highest severity of children’s illness. And so many of our patients need long-term care, not just an acute episode. So, our digital health strategy was developed under a motto that I came up with "In our care, anywhere." We are already getting to know the patient before they come for care. And we're keeping them in our care, in partnership with their community.