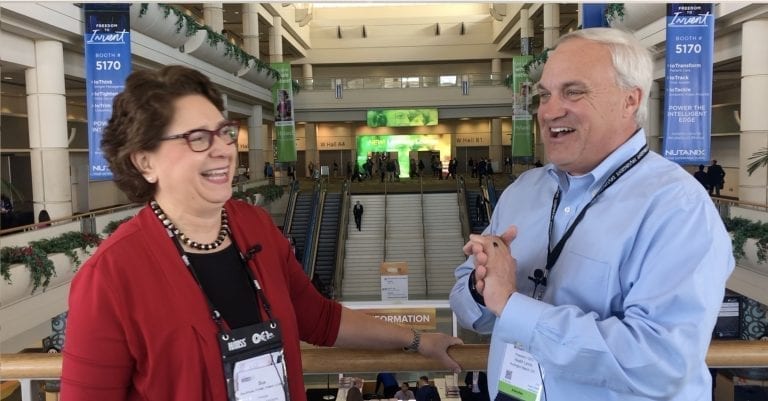 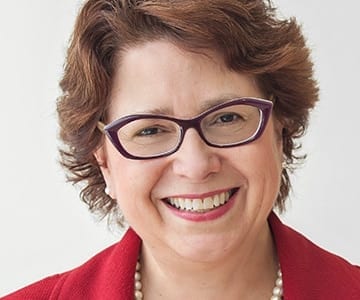 What if we could provide targeted training for the next generation of female leaders in Health IT that gave them the skills needed to break the glass ceiling. Sue Schade has taken a step in that direction with C-Change.

Bill Russell:                   00:11                Welcome to this week in health it where we discuss the news information and emerging thought with leaders from across the healthcare industry. This is Bill Russell. Recovering healthcare CIO and creator of this week in health it, a set of podcasts and videos dedicated to training the next generation of health it leaders. This podcast is brought to you by health lyrics, helping you build agile, efficient and effective health. It let's talk, visit healthlyrics. Com to schedule your free consultation. We were recording a series of discussions with industry influencers at the Chime Himss 2019 conference. Here's another of these great conversations. Hope you enjoy.

Sue Schade:                  01:38                Uh, I remember ethical leadership, clinical leadership. Um, I should remember more I've got A list in my bag that you probably don't want me to check my check that list right now. Yeah. Um, oh, probably branding and, and social media. So just probably a variety of topics that they came up with based on previous years and uh, what women were interested in getting together and talking about and learning about it and networking about.

Bill Russell:                   02:03                It's been interesting. Um, my production crew, my daughter's here and uh, it's been interesting to see this is her first himss and it's been Interesting to see it through her eyes. And, you know, one of the things she pointed out is, so we're at the chime event. And she goes, you know, there's almost a four to five to one ratio, you're of women to men. And uh, and so one of the nights we were sitting with somebody and we're having a conversation and we just decided to talk about it. Say, you know, what's it like itch? She was from the vendor side. We said, what's it like being a vendor? She goes, she goes, even on the sales side, it's, she goes it's even worse, almost like a 10 to one ratio, which actually kind of surprised me that it was, that

Sue Schade:                  03:31                So see, change is, uh, and our tagline is develop women leaders transform leadership. And it's a service that we're offering through Starbridge advisors. So we already were doing leadership coaching along with interim management and it consulting. But this is a, um, a service that's focused on women in health it, um, and helping them through courses and coaching at different stages of their career. So, um, we're starting with two courses and uh, one of them is called the equipping emerging, um, uh, equipping emerging leaders for success. And the other one is called harnessing your strengths. And um, the first one I'm going to do and lead, it's going to be a six month course online for up to 20 women at a time. And um, we've outlined the topics that I think are pertinent for women in particular early in their career in terms of developing skills and um, we'll see how it goes.

Sue Schade:                  04:25                So we scheduled one from March one to start in April. Um, and then we also doing a course that will be for a smaller and kind of more intimate group focusing on strengths and using a tool, the strength finder tool to dig in deeper on, uh, the individual then we form those groups online, their strengths, how they leverage those strengths and what they need to look for. And then, you know, who knows after that, that's our starting point. We want to see how it goes and I can tell you how the reaction's been, but go ahead.

Sue Schade:                  04:56                Really positive, really positive. So I've had these cards that describe it and the courses that I've been handing out to people as I meet people and, and see old friends, if you will, um, this week and women, let's say my generation at my stage of career and senior have taken it and gone, this is great. I've got someone in mind. Uh, this is great. It's much needed and I'd love to help you. And, uh, what I say to that, if you'd love to help me, let's see if it takes off and if we need more people to be doing this to, that'd be great. Um, younger women, um, target audience for the first, uh, courses, very positive response. So, and men too, men who are supportive of developing women on their teams. Um,

Bill Russell:                   05:44                well yeah, if you're a CIO, this is a great program. I mean, there's a lot of great programs, but this was a great program, specifically designed to help the up and coming. You can spot a person and say they have leadership capability they have and yes, you're going to send them to the Chime and those other things, but this is very specific and you're gonna help them with very specific, very targeted things. Right. And it's, I love the fact you're talking about strengths because one of the things we've, we've had these conversations on the show over. I mean, you and I have it as well as others. Yeah. And, uh, you know, there was, there used to be this idea of, you know, trying to make it in a man's world. So you're going to try to be like a Man, but that's not your strengths. Right. And, and so you're going to help people to say, look in leadership, collaborative leadership and women almost have a better strength around some of the things that are required to be a CIO today. Yeah.

Sue Schade:                  06:40                That, that skillset. And as Sarah Richardson talked about, I think on one of your shows, it's called soft skills, soft skills. There's nothing soft about it though. And, and, and it's hard, it's hard to develop those skills. But yes, there's some natural tendencies, if I can say that, that I think women bring to leadership roles that, that we will try that develop. But you know, everybody's different. Everybody has a different set of strengths and trying to leverage that.

Bill Russell:                   07:47                Well, it's, it's, uh, it's really a fear around the Me too movement and those kinds of things you're saying because when you mentor somebody, it is a close relationship. It's a very close relationship. Your, uh, you're almost, you know, you're, I, I wouldn't, I wouldn't go as far as say it's taking responsibility for their career, but you are adopting their career. You're introducing them to your network, your spending hours with them, your, it's a lot of one on one conversation. You're talking about, you know, thing personal things as well, you know, those kinds of things. And so there's a fear. I mean, what would you say to, to, uh, how should male CIOs look at mentoring of female person within their organization?

Sue Schade:                  08:30                Wow. Um, I wasn't ready for that question. I don't think they should be afraid and I don't think men should, men who get it, who behave appropriately, right. Should not be afraid. And, um, mentioned being the afraid of the me too movement, men should be supportive. Um, so you know, if you have set of skills and experiences that say you're the right person to mentor that female up and coming leader. Okay. So be it. Um, you know, give me an example of what you'd be afraid of you. So you say that it could be too personal. I mean, I think in a mentoring relationship, in a coaching relationship, people, people probably filter and know when it's getting too personal.

Bill Russell:                   09:25                People I've mentored in the past, I would have conversations about how they dress, how they show up in meetings, how they interact with certain people. Okay. I'll be like, hey, you know what, you, there's too much touching going on. You're getting too close. We'll have those conversations because they impact their career, how they're being perceived. Yep. All right. So if I'm having that conversation with you, a Sue Schade from 20 years ago and I'm saying, Hey, your dress, you, your this or that is, is that over the line?

Bill Russell:                   10:40                I just want to have that conversation with you. You're somebody I respect. And this is a great avenue. I love what you're doing. Thank you. I have these conversations with people and I wonder, I wonder if, if, if these are isolated conversations where people are saying, hey, I don't know how the rules have changed a little bit in the marketplace. I'm trying to figure it out and I figured might as well talk about on the pod cast.

Sue Schade:                  11:05                Yeah, that's good. You know, um, when I talked about promoting see change here and getting really good response, number of people said, how do you help men be supportive? How do you help men sponsor women? So I've heard that enough that I think I want to go back and figure out is there something that we could do for a group of men that's interested in, you know, learning how to be more effective. I think there might be an interest we can finally put David to work, get him.

Sue Schade:                  11:32                David is super supportive. He would be a really good role model. Yeah. So, I guess one of the other things I want to say is we're starting with these, these courses and we can do individualized coaching services and courses. We can also work with organizations. So if they want to bring us down, we'll do one on one as well. Oh, absolutely. There's course for 20. Right. And then there's a course that's going to be four, we'ver scheduled two of each of those now just to see how it goes, how the response is starting in March and then, um, you know, wide open on other kinds of individualized coaching services or group services to organizations. So if you were still a CIO and you went, sue, this is brilliant and I've got a cohort, uh, I'd like to put through something. Let's talk about doing something for you at that organization. 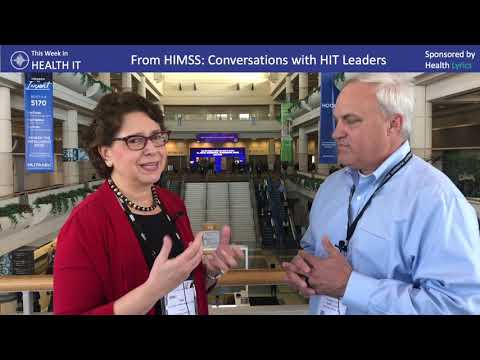 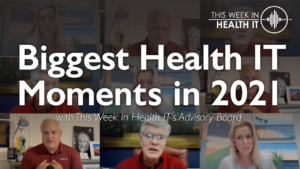 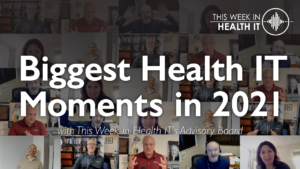 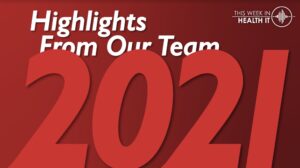 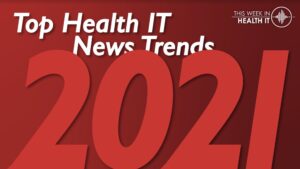