NCH is based in Naples, Fla., with a community hospital, a large ambulatory presence through Collier County and Southern Lee County. Being a two-hospital system, they also have over 40 ambulatory facilities. According to Cooper, they have approximately 7,000 users in their environment. 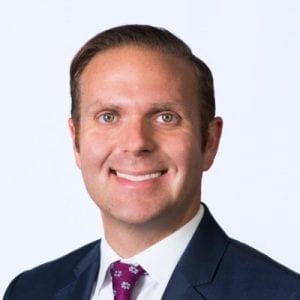 The hospital received board approval in November 2020 for their EHR conversion from Cerner to Epic, Cooper explained. The kickoff is set for June of this year and plans to go live in June 2022. EHR vendors will help NCH with their implementation, but only a small subset of contractors are needed to augment what is necessary.

According to Cooper, they plan to implement an out-of-the-box EMR, which means it will be delivered to the hospital being 95% to 98% pre-configured. The remaining left in this process is personalization.

As they move vendors, they intend to stay as close to the foundation as possible, based upon the best practices of all organizations utilizing Epic.

"Staying true to the foundation is one of our guiding principles and one of the things that we talk about with the executive team every single time. It's truly because it feeds analytics, and it feeds its training test scripts. Everything that we are planning on doing is built into the foundation," he said.

With the same vendor for over 20 years, the organization customized its technology to fit its needs. This was both a challenge and a help. According to Cooper, it will be an adjustment to step away from customization and adapt to recommended software workflows that they have not utilized.

Cooper explained that the system encountered many challenges due to customization, which was a primary reason for the conversion.

"We didn't necessarily always acquire the appropriate modules that we needed in our current system. We would do a lot of custom build. And so we really wanted to take a step back and say, how do we kind of set ourselves up for better success long-term? We did the side-by-side between basically a complete new install of Cerner or converting to Epic, and really as we got into it, looking at it, converting to Epic for us was the right decision," he explained.

In their EHR project, NCH has decided to pull 35-to-45 individuals into the IT department to convert to Epic by increasing their FTE count. According to Cooper, Epic gave them a staffing guide that specifies how many positions are necessary for the interim and overall process. Knowing that individuals will leave the team as time passes, they have chosen not to hire contractors that would later leave with the information learned.

In this IT department change, the leadership has decided to reorient the entire team, with new employees learning alongside the staff.

However, the orientation proved challenging during the pandemic. With less than 10% of people onsite on a routine basis, they decided to train fully online. This allowed for increased productivity, easier scheduling for meetings, and quicker orientations.

The switch also allowed for ambulatory care to be on the same system and go further into data analytics.

According to Cooper, the problems they encountered during the pandemic further highlighted why customizing applications is not always the best.

"We were paralyzed during COVID and had to custom build everything because we had customized our environment so much," he said.

Cooper has found that this was a good lesson to learn, as it became something they have become committed to through this Epic implementation.

Looking at the changes for the consumer, Cooper plans to use Epic's tools for patient engagement. One of these will be MyChart, which will allow patients to access their information on the roadmap and schedule appointments online.

"There's a lot of cool things that we'll be able to do long-term with integrated devices and stuff like that. But out of the gate is kind of like where can we make the biggest impact changes? And then phase two will be kind of the optimization pulling in some of that other cool technology," he said.

Addressing interoperability, according to Cooper, they are looking at this regarding HIE in the conversion. This is one of the most important things they talked about when deciding to convert.

"If we can't share information freely in the community and with other healthcare organizations, there's no point in us doing it. So we've absolutely had it at the forefront. It was included in our contract for day one," he explained.

While official data migration plans have not yet been established, their stance is to not take 20-plus years of information into a brand new system.

According to Cooper, they are creating a group to determine the amount of data to be moved over into the system. Additionally, they are coupling this with Triam, a full enterprise archival platform for their legacy systems. This will make it where physicians do not have to navigate several applications searching for patient information.

Cooper explained that the EHR project is all-encompassing for 2021 and 2022, as it is the strategic plan of the organization.

"As our CEO has said, this is one of, if not the top project for the next 18 months," he said.

As of March 1, the current environment entered into a break-fix regulatory mode that focuses on maintenance and regulatory changes. Starting April 1, the Epic system began construction for the conversion process.

While the conversion comes with a lot of challenges, they are optimistic about the long-term effect.

"A lot of the physicians would rather take the pain of doing an EHR conversion to know that it's going to set us up for long-term success. And I think we, as an organization, we're all very excited for this conversion. As a team, we will make it through as we always do," he said.

To learn more about this episode of This Week in Health IT, watch the full interview at www.thisweekinhealthit.com.