Sean Bina on MyChart Improvements and Increasing Interoperability with the EHR 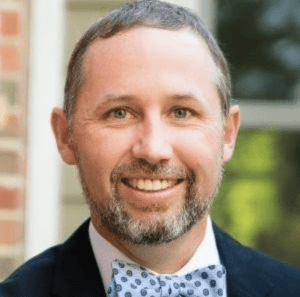 For 24 years at Epic, Bina has focused on patient experience, particularly MyChart and digital tools for patient-use. Most recently, Epic’s MyChart has been a central component in vaccine distribution and coordination.

Scheduling vaccination appointments and collecting patient data via text or email is one strategy Epic has implemented, Bina explained. The groundwork for these more efficient sign-ups has been laid out over several years, but was also driven by this most recent need.

MyChart now offers an ability to upload patients not already on the system and generate a scheduling ticket for them to meet the need. According to Bina, Epic has worked with organizations needing 30,000 vaccination slots filled in 24 hours, with 75% of those through MyChart.

There is a multi-step process to administer the vaccines: 1) identifying eligibility, 2) scheduling tickets, 3) tracking and maintaining patient COVID status, and 4) fully vaccinating patients.

Assisting in the vaccination effort, Epic has also participated in the Vaccine Credential Initiative, which is creating smart health cards with QR codes to communicate a patient’s vaccination status.

To log usage of the MyChart portal, Epic tracks usage via total activation, according to Bina. With 200 million active users, 120 million of them have started in the last year.

The primary statistic to track is patients receiving regular healthcare, as those visiting three or more times a year have a higher percent of adoption.

According to Russell, the healthcare industry is beyond login tracking and now into engaging the community with touchpoints like remote patient monitoring. However, for Bina and his team, they have found that providing tools for viewing patient estimates and online bill pay are still core operational aspects driving adoption.

There are still impressive benefits to remote monitoring and home monitoring devices, according to Bina. In one study cited, hypertensive patients experienced a 40% increase in meeting their goals via this monitoring, which largely reduces readmissions.

Understanding the needs of patients in the portal is essential. These basic needs are scheduling, billing, communicating with physicians, and accessing clinical information.

According to Bina, Epic plans to automatically release patient notes and test results when the 21st Century Cures Act is implemented.

Epic has built tools into MyChart to download records, pick them up, or share them with someone. According to Bina, by supporting interoperability, they can directly send a CCD (Continuity of Care Document) to a different provider.

One helpful tool is Happy Together, which pulls information from various organizations, as well as non-Epic vendors, Bina explained. This allows patients to view information like test results, visit history, allergy medications, and current health issues from multiple care sites.

According to Bina, the pandemic has expanded virtual care. Compared to groups having thousands of video visits in 2019, there were thousands per day in 2020.

However, Bina believes there is room for both virtual and in-person care moving forward as virtual visits begin to dip from their peak.

"I think in the future we'll see about a third of visits being done virtually," he said.

Epic has a telehealth video app for organizations to utilize, Bina continues. They have worked with multiple video platforms like Google Teams, Zoom, and Doximity.

"You can use whatever video platform of your choice, and then that really creates an integrated experiment experience for the patient," he explained.

Once users log into MyChart, they can be directly transferred to the video platform.

"We think that the hospital in the home will be a huge use of that," he said.

However, by increasing interoperability, there is an increase in EHR data, which can be overwhelming for physicians. Bina explained how they have now created medical lists for patients documenting two-to-three past organizations they have visited.

“That's one of our focal points--how do we reduce the noise for physicians, bubble up the most relevant stuff at any given point in time and then make it so that lots of things can be dealt with directly with the patient?” Bina said.

One challenge to telehealth has been connectivity issues. Epic's software has been machined to give patients the option to test out their video before their appointment, according to Bina.

"We're excited because, with the Epic video client in part, it's so deeply integrated with the experience. We've seen a big reduction in the number of failed connections," he said.

Another challenge is the digital divide, according to Bina. There are two sides to fixing this-- giving access and creating a usable platform, including providing responsive software and multilingual support.

Epic has participated in the 21st Century Cures Act and is helping establish privacy standards so the act's goals are achieved, according to Bina.

"The main thing that we were concerned about was that patients' data would be used and sold without patients knowing about it," he explained.

Epic’s Focus and the Future

For Epic, the primary focus is for data-use to be transparent to patients, according to Bina. They desire for patients to have control over data and know when other apps access their data. However, he believes there needs to be built-in controls for circumstances where larger conversations with providers need to be had.

"We’re big advocates of sharing as much information with the patients as possible, but then also building in the right tools so that in certain physician-patient interactions, there may be certain circumstances where the time is not right for a physician to share a particular piece of data because it could lead to something that would be life-threatening for the patient," he explained.

Additionally, Bina is excited about the ability to connect apps into the patient experience. Now, there are groups building wayfinding applications and resources for patients to have dietary ordering. By connecting to more apps, MyChart can create a better experience, according to Bina.

Social determinants is an area Epic is focusing on as a company, according to Bina. They work by identifying patients with issues with PHQ-9 forms, PROMIS CAT, and partnering with Lyft and Uber to help patients travel to appointments.

A new initiative for the company is the Epic Health Research Network. According to Bina, it is an electronic journal to help customers with EHR insights by data scientists.

“The goal was to make it fast and easy for our scientists and customers to be able to publish new information with a particular focus originally around COVID-19. They can track and report patterns and publish them onto our website for the public,” Bina explained.