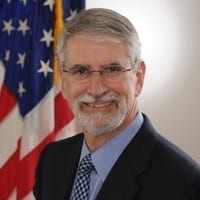 David Muntz is a Principal at StarBridge Advisors, LLC. David began his career as a biostatistician, then became CIO, and ultimately rose to the position of CEO at Wadley Research Institute and Blood Bank in Dallas, TX. He returned to health information technology at Texas Health Resources, where he functioned as SVP & CIO for 15 years. He then worked for 5 years as the SVP & CIO at Baylor Health Care System. In 2012, David accepted a White House appointment to serve as the first Principal Deputy National Coordinator at ONC (Health and Human Services’ Office of the National Coordinator) and was also Chief of Staff and CIO through 2013. David returned to the private sector as CIO of GetWellNetwork through 2015 where he served as a member of the Board of Directors until its sale in 2018. During his career, David has served on 22 other Boards.

In his career, David led talented teams as large as 770 with budgets more than $500M that authored, acquired, and implemented many forms of health information technologies including EHRs from all the major vendors. Under his leadership, his teams managed more than 180 project go-lives annually. Due to his teams’ efforts, he was awarded CHIME’s Innovator of the Year at 2 different employers. His organizations were recognized nationally for innovation in information technology for more than 25 years in a row including his time in the federal government. In 2014 the CHIME Board presented him its CIO Legacy Award.

David has served on the SMU, TCU, UTD, Most Wired, and many other Advisory Councils and Boards. He is currently an Adjunct Professor in the Baylor University EMBA program. He has Fellow and Life status at CHIME where he served on the Board and led Advocacy efforts. He holds the CHCIO (Certified Healthcare CIO) credential from CHIME. He has also been active with HIMSS at all levels and enjoys Fellow status.

David received an MBA from Southern Methodist University in Dallas, Texas and an AB from Columbia College in New York City. David attributes his accomplishments to collaboration with incredibly talented people and strong support from his family.

David Muntz and Sue Schade on State of the Industry

Should We Pivot from Health IT to Digital Services

The Fight Against Cyber Criminals: Health IT Experts Explore the 2021 Cybersecurity Landscape

If you can get technology out to the end users, they will do things with your programs that you never could have thought about or expected and they will figure out solutions to problems that you didn’t know you had.

It still is the human element that is the most dangerous. And no matter what we do, the bad actors outside the institution are not nearly as dangerous as the people that we’re looking at inside.