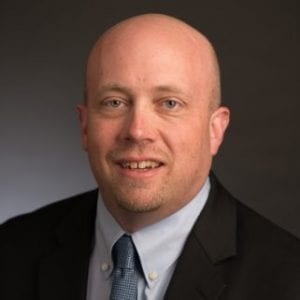 Bill Crim is the President and CEO for United Way of Salt Lake. He has worked for over 23 years on issues related to economic opportunity, health care, education and poverty – first as a research fellow for the Coalition on Human Needs in Washington, D.C. and then as a researcher, policy analyst, community organizer, lobbyist, and executive director for Utah Issues. Bill has been with United Way of Salt Lake since 2004 and, prior to becoming CEO, lead United Way of Salt Lake’s community transformation initiatives – developing and supporting collective impact cradle-to-career collaborations in six communities along with statewide public policy advocacy efforts. In 2013, Bill helped facilitate the first “pay for success” transaction for early childhood education, helping make high-quality preschool available to 600 additional low-income children in several communities in Utah. He has been appointed by Utah’s Governor to serve on the Utah State Health Data Committee, the Utah State Homeless Coordinating Committee, and the Utah Commission on Volunteers, and previously served on the Utah State Workforce Investment Board. Bill graduated from the University of Utah with a BA in Political Science, and is married with two sons.

Scaling Social Determinants work with Intermountain and the United Way

The Potential of Building Technology to Help Marginalized Communities

Using Technology to Improve Health in Your Communities

In our country there's a tendency to historically design in silos. Government programs get designed in silos where everybody works in their own sphere and there's nothing mal intended about that, but we don't get the best thinking unless we put everybody in the same room over a long period of time working together.

There’s an assumption that those of us in professional roles think we know a lot, but unless we have lived the challenges that people of color in low income communities are living, then we are likely missing some important information. And so trying to co-design a system together with them is, I think, the starting point for dealing with that complexity.