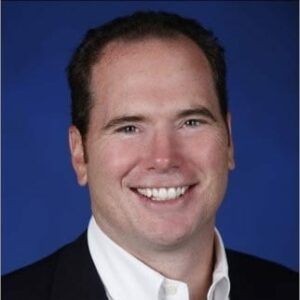 Providence Health CIO BJ Moore met with host Bill Russell on Influencers to discuss his system’s tech journey throughout COVID, the innovations made in AI and the cloud, and his role.

Accelerating the Move to Digital

Providence Health is one of the largest health systems in the country, serving seven states primarily in the western United States. They have been at the fighting COVID since the beginning, receiving and releasing the first U.S. patient with the virus.

According to Moore, the pandemic has shown the healthcare system that care can be digital, which helps them move towards their personal goal to be carbon negative by 2030.

"A year ago, a thousand new beds would have immediately conjured up a new hospital. And a new hospital is a 5-to-10-year endeavor. A billion-plus dollars. And what about sticking with the green theme? That would be tearing down trees and building a new building. And obviously a lot of carbon," he said.

Digital beds are seen as the future by Providence. At one point, they sent a thousand COVID patients experiencing non-threatening symptoms home for monitoring. They received great care and made room for those needing to have in-person care, Moore said.

In July 2019, Providence signed a five-year deal with Microsoft, which Moore believes is a reasonable horizon for getting things accomplished. Primarily, they signed for two reasons: collaboration (specifically Microsoft 365 and Teams) and cloud service. According to Moore, the collaborative environment of Teams proved to be invaluable throughout the pandemic.

Also regarding digital, Providence was also halfway through moving on-premise data onto the cloud when the pandemic began and was then accelerated. With data readily accessible, it allowed them to utilize AI and machine learning to predict the demands of the virus.

"We reached a point by probably May or June that we were able to predict with about 85% accuracy two weeks ahead where things were going to be," he explained.

Without moving to the cloud, Providence would not have the advanced analytic capabilities they have now, but instead would have been gridlocked by the system.

"If all of our data was locked on-premise, we would have been stuck with traditional analytic models versus machine learning, and AI really only can be done at scale--that can only be done in the cloud," Moore said.

According to Moore, their IoT platform will be utilized for initiatives like home monitoring. Using machine learning or an AI bot, patients can be monitored in real-time, and instructions will be given to nurses and caregivers for response.

Moore emphasized how integral it is that monitoring alerts are immediate so caregivers are able to intervene with a patient when necessary.

With healthcare being a non-stop operation, Providence has enabled “follow-the-sun support” by outsourcing a team of 300 support staff in India for network monitoring and cyber operations.

"Having that 24 by 7 coverage is not only helpful, but it allows you to do some impactful things in off-hours where it minimizes the impact of operations," he said.

Additionally, the team is focused on healthcare analytics and business intelligence, and an engineering team is being built. This new team was not a current function in the U.S., according to Moore.

"We really filled in the gaps that we weren't doing and couldn't afford to do, so we had an attrition here in the U.S.," he said.

Within the onset of the pandemic, innovation and agility were put to the test. While healthcare has often been labelled as slow-moving and behind the times, COVID-19 challenged this understanding and health system teams. Now, comparing the speed of innovation between Microsoft and Providence, Moore has seen his health system outpace the capabilities of his former employer.

"I wouldn't have thought two years later, I would have said this, but I can look you in the eyes and say, in one year, in 2020, we delivered more than Microsoft ever did in three or four years," he said.

According to Moore, in the next year, Providence will be caught up in and possibly beyond others. They have a single ERP, EHR, and supply chain system with Epic and their Oracle cloud.

"How many $25 billion companies could say they are on an ERP cloud solution, a single one end-to-end. You know, we may be the only ones of this scale. We're catching up and passing people, which is exciting," he said.

Through this process, his team has been able to retire 50-to-60 percent of their applications, allowing them to reduce one-third of their total data centers. This decrease helps eliminate tech debt, which is a challenge he did not expect when moving to the health IT.

These advancements are guided by Providence’s mission: giving back to the community, serving patients, and serving the poor and vulnerable. After decades in high-tech, this remains the most rewarding aspect for Moore, who believes he can make his impact by accelerating digital transformation.