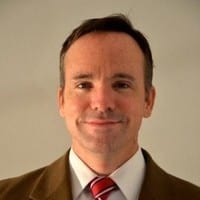 Terry Ziemniak has spent his entire career in information security. He has worked in a variety of industries including healthcare, retail, manufacturing, and government. His career achievements include serving as Chief Information Security Officer for three different billion dollar organizations.

His list of accomplishments includes earning the CISSP certification and completing his Master's Degree in Information Security from DePaul University. He has published multiple articles on cybersecurity and has been invited to speak all over the country, and as far away as Germany, on the topic.

Over the years Terry has developed a passion for addressing the human side of information security. He has had great success changing cultures in large Fortune 500 companies as well as smaller organizations. He has proven that awareness programs can change user behavior and that good behavior can have a measurable impact on an organization's security programs. We have built North Wonders on that very idea.

Terry Ziemniak on Cybersecurity Conversations with the Board