Becoming a CIO during a pandemic was no easy task. With constantly needing to shift and transform, Cletis Earle’s onboarding experience was nothing close to normal: highlighting the shifts of responsibilities for many CIOs in the healthcare industry. Earle, CIO of Penn State Health, discussed all things cybersecurity, telehealth, pandemic, and the responsibilities of CIOs in his time on Influencers with host Bill Russell.

Becoming CIO During A Shift to the Digital

At Penn State Health, the role of the CIO is traditional, focusing on research and health sciences. Being an academic medical center, it comes with a different dynamic and way of management as opposed to other institutions.

As customers expect the hospital to use technology, Earle sees the CIO continuing to evolve into the digital. The pandemic has been a catalyst for this initiative.

"I see this as a more of a natural progression of the CIO helping in transitioning into that digital officer to allow for better connectivity to our customers where they are. And I think that's a demand that we're seeing from the communities that we're serving," he said.

The College of Medicine and the Academic Medical Centers have significant data loads from their research. According to the Penn State Health CIO, this requires supporting petabytes of data for both research and traditional practices.

"Our research is resourceful. They want what they want and rightfully so because they get grants. We have to be mindful of that. And we have to understand that there are challenges, particularly around intellectual property that we have to preserve and protect," he explained.

However, they must navigate the fine line between enabling researchers with initiatives while also protecting their information. According to Earle, the organization partners with CISO Matt Snyder for this transformation. 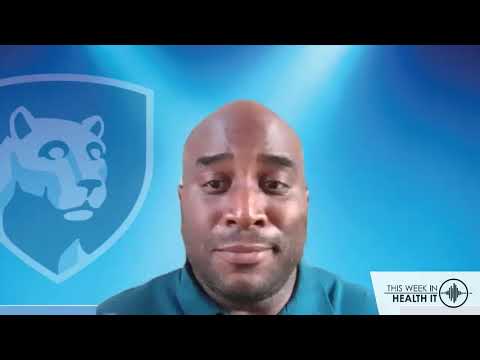 Earle explained that the industry has established a process of pace and achievement under the demands of the pandemic that is unsustainable for the long term.

Speaking with his colleagues at Penn State Health, Earle and other leaders worry about the expectations for the pace of work.

"This is what happens when the industry continues to evolve. I think this is something that is not just for me. I know a lot of other colleagues across the globe are experiencing very similar elements of the work that needs to get done. And it's just going to be at a pace that we're going to have to be able to manage in the near future," he explained.

Transitioning to a Post-COVID Workforce Solution

Earl and Penn State Health leadership have begun to consider post-COVID working arrangements. As this transition approaches, the organization plans to give employees options on whether they want to work from home or in the office. According to Earle, they anticipate 50% of the non-bedside, non-clinical workforce to choose a hybrid option.

For IT headquarters, the organization is rehabbing a new facility. Until its completion at the end of 2021, the teams are working remotely or in a hybrid capacity. In order to support hybrid workers, there is a significant amount of facilitation for hoteling those onsite.

According to Earle, there is value to how the organization has learned to manage people differently. In the transition to on-site employees, managers need to provide face-to-face opportunities for interactions in their management.

"The goal here is we all need to just be more creative on how we're adjusting to the hybrid model that we're putting in place," he said.

Their greatest challenge to navigate has been managing necessary accommodations to match those wanting to work on-site with managers who also will be in-office. The Penn State Health CIO explained that they are still working through this dynamic and are trying to meet the needs of their employees as creatively as possible.

"We are going to have to meet our teams where they are so that we are recognizing their needs in order for us to be successful," he said. 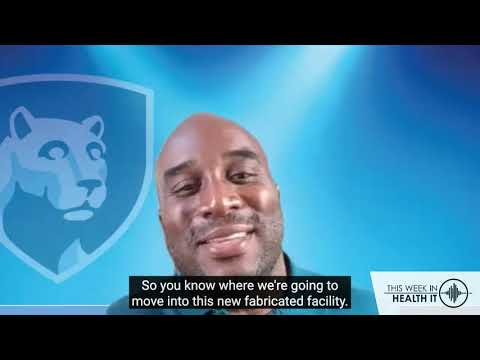 Being Intentional In Your Cybersecurity Approach

With recent cyberattacks taking major health systems off-line, cybersecurity is continually a pressing topic for the industry. Earle and his team are approaching this threat by segmentation. By going line-by-line through its weaknesses, threats, and SWOT analysis, the organization addresses redundancies.

"It is not easy. It is not. This is more of an art than a science because it's like Whack-a-Mole. You think you have one thing covered and those bad guys are ten steps ahead of you. So you don't know where they're going to come out from somewhere else. And as an organization such as a health system, we're at the biggest end of the stick of what the issues are. It's the human factor," he explained.

Penn State Health has prioritized education, training, and reinforcement to address elements recently issued by the White House. The goal is to remove easily targeted threats.

According to the Penn State Health CIO, they have been curating an action plan. This will guide the organization through remediation and next steps if they are potentially compromised. By mitigating risks associated with exposure, they have worked to prevent traditional hacking efforts.

How to Fight Cyber Criminals? Question Everything

Not only is the focus on keeping hackers out but also on identifying anomalous traffic in the network to segment and shut down.

According to Earle, the key to his approach is questioning everything. Because C-title positions are high targets to go after, he recommends staying diligent on what he is selecting and responding to.

"Your point is always a new vector. There's always a new approach. Everything's a zero-day when it comes to their new methodology of how they're coming after us," he said.

The Challenges on the Journey

The transformation towards telehealth is not perfect, according to the Penn State Health CIO. That is why they continue to transform, now integrating technology into the EMR.

Additionally, they are leveraging tools in more thoughtful and practical ways so technology can accommodate customer variations.

"Integration is key. That's going to be our number one follow-up from what we learned last year," he said.

To begin, there is a lack of integration within the system. Additionally, the active digital divide in the population slows down transformation. There is a significant disconnect due to this broadband and the digital divide. The health system is partnering with broadband carriers to assist with closing this gap, he explained.

Tipping the Scales of Digital Transformation

Earle believes digital health will accelerate tremendously post-pandemic. He explained that healthcare is extremely close to tipping the scales of transformation.

The industry continues to evolve cyber with artificial intelligence. Therefore, there will be a need to use AI to fight AI attackers. Earle and his team are exploring anomaly-based detection. Understanding how to utilize machine learning to identify "normal" behavior has been game-changer. According to the Penn State Health CIO, this technology exists, with the principle gravitating towards healthcare.

"I say to people, the future is not ten years from now, the future is now we're seeing elements of that happen inherently every day. These are tipping points that are happening all around this. Digital transformation is imperative to complement that," he said. 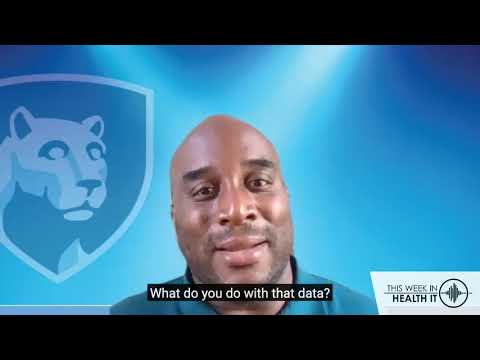 A Lasting Impact for Healthcare

The lasting impact of the pandemic on IT and healthcare will be great. However, the impact goes much deeper, Earle explained.

"There's a huge psychological scar to what we've experienced. It was traumatic what happened with COVID and that trauma we're going to have to address it as a society and health IT," he explained.

The constant pace the world has been working at is a significant challenge needing to be addressed. According to Earle, this speed is causing frustration and a psychological impact.

"I think there's a correlation between what we've experienced over the last year being sheltered in place and we're lashing out. I'm concerned that in our industry, we're not being mindful enough of the psychological impact that all of this has had on folks. And that burden as well, that the health IT technology is supposed to help. And in some cases, it's not," he said.

The traditionally-defined "soft items" will be the truly impactful items that determine how to navigate the near future, according to the Penn State Health CIO. 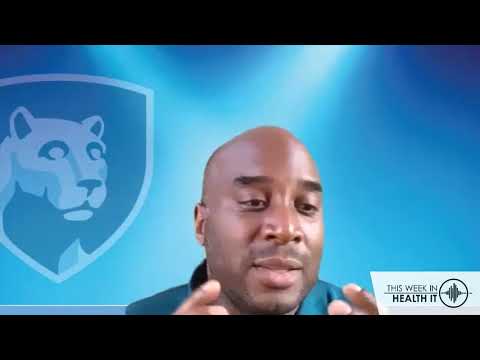 As the population starts to move back to its normal way of living, Earle believes there is a need to be mindful of the organization's teams. He encourages his staff to take time, prioritize family, and take care of mental health.

One of the most impactful lessons of the pandemic is changing the mindset of culture regarding living to work.

"If we continue to go down that road, we are going to perpetuate a negative industry or a negative culture, that in a decade from now, we're going to look back and say, we did this and we did something really wrong. And I think this is the time to do it. We start now by saying we have to change," he explained.