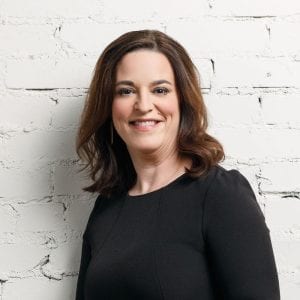 Theresa Meadows, MS, RN, CHCIO, FCHIME, FHIMSS, FACHE is the Senior Vice President & CIO at Cook Children's Health Care System. Cook Children’s is a national award-winning, not-for-profit, integrated pediatric health care system comprised of nine companies. She leads a team of 350+ members through digital transformation initiatives. The IS team currently supports 140 project initiatives that include deploying business intelligence, advanced clinical systems, cybersecurity and enhancing digital experience for patients, employees and clinical staff.
For 20+ years she has lead efforts for incorporating information systems as a mechanism for facilitating process improvement, clinical quality, and efficiency. Prior to joining Cook Children’s her career included serving in roles as a registered nurse in a Cardiac Transplant Unit; healthcare consulting, project management, and leadership positions at a web development company and a large Electronic Medical Record Company. Meadows also served as a Regional Director for Ascension Health Information Services where she not only lead software implementations but was instrumental in the development of Communities of Excellence.
In her current position, Meadows has led the organization through extensive improvements and modernization. In 2012, the organization received recognition as one of the Most Improved Hospitals as part of the “Most Wired” award program and recognized as one of the Information Week 500 innovators. From 2013 to 2021, Cook Children’s has received “Most Wired” designation. Cook Children’s was recognized by Computeworld’s Honors program for their state of the art distributed antenna system implementation. In addition, Ms. Meadows was also named one of Computerworld’s Premier 100 IT leaders for 2013. Ms. Meadows’ department has been recognized as one of the “Best Hospital IT Departments to Work” by Healthcare IT News and by Computerworld as one of the 100 Best Places to Work in IT in 2015. In 2016 - 2019, Meadows was recognized as one of the Most Powerful Women in Healthcare IT and in 2017, 2019 and 2020 is a Finalist for the North Texas non-profit CIO of the year. In 2020, Meadows was recognized with the CHIME Outstanding Service Award for her contributions to the healthcare industry.
Ms. Meadows served as the Co-Chair for the Health and Human Services Healthcare Cybersecurity Task Force. This task force is charged in creating recommendations in improving cybersecurity posture in the healthcare industry. The taskforce delivered recommendations in March 2017. She currently serves as the Vice Chair of the Sector Coordinating Council Cybersecurity Working Group. In 2019, Meadows received the CHIME Federal Public Policy Award for her work with Cybersecurity.
She serves as a member of the Malcolm Baldrige Board of Overseers. Ms. Meadows has published several articles and frequently is asked to speak at conferences around innovation in healthcare technology.
Ms. Meadows has a master’s degree in healthcare informatics from the University of Alabama at Birmingham; a bachelor’s degree in nursing from the University of Alabama at Birmingham. She is an active member of the Children’s Hospital Association CIO Council; is a Fellow in the Healthcare Information and Management Systems Society (HIMSS); is a Fellow in the American College of Healthcare Executives (ACHE) and is a Fellow and previous board member of the College of Health Information Management Executives (CHIME). Ms. Meadows is a graduate of CIO Bootcamp and is a credentialed by CHIME as a Certified Healthcare CIO (CHCIO).

Evolving Care Spaces with Clinical Device Management: What is the CIO Responsible For?

The 6 Key Steps for Improving Cybersecurity According to the HCIC: Which One Do you Need?

2021 Technology Priorities as a Result of COVID-19

A Career Journey from RN to Informatics to CIO

A lot of the manufacturers don't have a process for updating software or technology within the medical device itself. The other challenge is there's just so many. At Cook Children's we have 20,000 medical devices on our network. If you can imagine trying to manage, keep up and ensure that they're all at the right software code levels or even just still in good functioning order. Something of that magnitude is really hard for an organization to manage when you don't have good tools to do that. So pile the security risk on with the fact that there's so many tools or devices out there today, you really kind of create this perfect storm of issues that need to be addressed in healthcare.

Remote working has been a struggle for our culture in general, because we are a walk around collaborative in-person culture. But this is not just an issue at a Cook Children's. It’s a global issue that we're all struggling with because we like to see each other in person. It’s been a challenge to work.

IT projects are never over. They are living breathing entities that last forever.