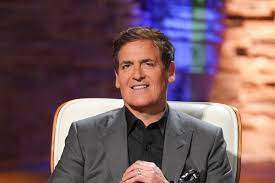 Mark Cuban is an American billionaire entrepreneur, television personality, and media proprietor whose net worth is an estimated $4.3 billion, according to Forbes, and ranked No. 177 on the 2020 Forbes 400 list. He is the owner of the Dallas Mavericks professional basketball team of the National Basketball Association (NBA) and the co-owner of 2929 Entertainment. He is also one of the main "shark" investors on the ABC reality television series Shark Tank and founder of the Mark Cuban Cost Plus Drug Co.

Halfway Through 2022: A Curated Playlist of Our Top Hits These Past 6 Months: Part 1