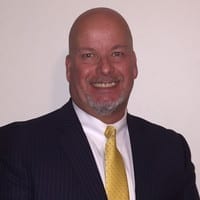 Clark Kegley is the assistant vice president of information services at Scripps Health and has been with Scripps for 16 years. Prior to that Clark was a technology consultant, working on large-scale implementations and interface development within healthcare. Over the years, Clark has held positions such as chief information officer (interim) and director of IS operations, as well as owned his own consulting firm, specializing in healthcare interfaces between clinical systems. Clark also served as the president of the Southern California Chapter of HIMSS. He holds degrees in economics and computer systems. He is a fellow of the Advisory Board Company, Healthcare Executives Track, ITIL certified and a certified Remedy Administrator and Developer. Clark has been married for nearly 32 years to Leslie and has two grown sons, Joshua and Daniel. His passion is spending time with his family on the Colorado River where they boat in the summer and dune buggy, quad and motorcycle ride in the winter along with their dogs Rio and Harley.

Clark Kegley on the Changing Landscape of Healthcare