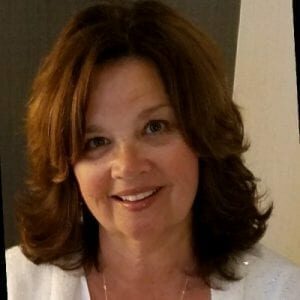 Malone joined HIMSS in November 1997 and has nearly 30 years in the meetings industry. At HIMSS, Karen oversees 18 staff members in the planning of an Annual Conference & Exhibition, a $40 million event, ranked as show #23 on the nation’s top Tradeshow 200 list, with more than 1,300 exhibitors and 42,000 attendees. HIMSS also hosts 60+ small to mid-size meetings each year in the US.

Malone was also responsible for overseeing the launch of HIMSS Meetings & Events globally. She managed a team to research, plan and execute conferences throughout Europe and Asia.

Under Malone's leadership, HIMSS received one of the highest honors in the trade show industry when the conference was recognized as, “The Show with the Most Innovative Practices,” at the Trade Show Executive Gold 100 Awards & Summit.

Frequently featured as a speaker at industry events and contributor to various publications, Malone's expertise ranges from housing management to innovations in conference programming and exhibit floor design and planning. She is a prior advisory board member for citywide convention planning for the city of San Diego and Chicago and currently sits on the executive client advisory board for Orlando, Hilton Hotels advisory board, and has served on PCMA's Student Activities Commitee. Malone currently chairs Northern Illinois University's School of Hospitality Board of Directors.

Malone has several significant industry accolades, including being named by Trade Show News in 2014 as Industry Icon of the Year, a highly prestigious and coveted recognition. Additional acknowledgements include:
1) Named by Meeting News Magazine as one of the 25 most influential people in the meetings industry;
2) Featured in July 2006 on the cover as the lead story of Meetings and Conventions Magazine;
3) Named in October 2006 by Tradeshow Week as one of the 100 most influential people in the tradeshow business;
4) Named in December 2006 by the ExpoGroup as Show Manager of the Year;
5) Recognized in the July/August 2007 issue of EXPO Magazine as one of 22 Association Leaders to Know;
6) Awarded in 2008 by her peers the prestigious Robert Donovan Award for meeting professional excellence;
7) Featured in the May 2010 cover story of Tradeshow Executive and
8) Featured in Trade Show Executive Magazine as one of "Who's Who?" in the industry in 2017.

Malone graduated from Northern Illinois University with a BA in sociology and minor in psychology.