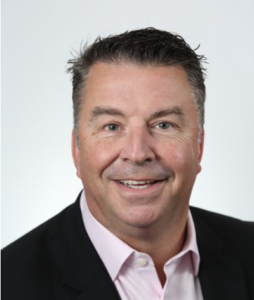 Jeremy Ognall is the Founder of Gordian Dynamics, a leader in Agile Project Management for Health IT, with an emphasis on Cyber Security. Gordian was founded in late 2011 and has remained dedicated to Health It with its ability to positively impact patient outcomes.

Before founding Gordian Jeremy ran the IT PMO and Governance Office for Avery Dennison in the office of the CIO from 2004-2009. He was also instrumental in the global integration of Paxar into Avery Dennison during his tenure.

After college in London, Jeremy’s formative career saw him serve in several sales and marketing leadership roles over two decades for technology leaders like IBM, ENTEX, and Computer Associates.

Jeremy is an ardent family man with a loving wife and two sons, ages 22 and 20. When not solving complex problems in Technology or with his family, Jeremy can be seen coaching National Championship rugby teams at Claremont McKenna College.

We are in the people business. We are dealing with technology. And the technology has to be successful, but if we don't get the people part and the relationship part right, we will fail. You can have the best technologies in the world, but you will fail if you don't have the right people.