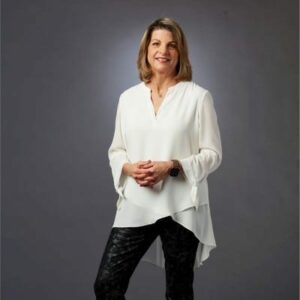 Jamie M. Nelson is SVP and CIO at Hospital for Special Surgery in New York City. Ms. Nelson’s career in healthcare includes extensive experience in IT Leadership and Consulting, Hospital Operations and Lean.

Ms. Nelson’s accomplishments at HSS include developing and implementing an IT Strategy supporting HSS's strategic roadmap, and most notably led the Hospital’s decision and implementation process to install Epic across inpatient and ambulatory settings for all clinical and revenue cycle applications. Based on these efforts, HSS has been recognized by Epic as in the top 6% of successful EMR implementations. Under her leadership, HSS has been awarded at HIMSS level 7, a recognition achieved by 5% of hospitals in the U.S. and the prestigious HIMSS Davies Award.

In her 7-year tenure at HSS, Ms. Nelson rebuilt the IT function, nearly doubling the number of staff and creating key leadership positons including CMIO, CTO, CISO and VP Applications and VP Analytics. Another major area of her focus and accomplishment was the complete re-architecting of HSS’s technical and security infrastructure, including a new data and voice network and cybersecurity program. Her leadership also includes building a strong HSS-wide analytics team supporting the HSS Digital Patient Consumer Experience. Ms. Nelson was named as one of the Most Powerful Women in Healthcare IT in 2017, 2018 and 2019 by Health Data Management and most recently she was named one of Crain’s New York Top Women in Information Technology in 2019.

An active member in her community, Ms. Nelson serves on the NYC Advisory Board of The Devereux Foundation, is a major donor to the New York City Ballet and supports WiTNY by offering internships to CUNY undergraduates.

Ms. Nelson earned an undergraduate degree from the University of Pennsylvania and received her MBA from Cornell University.

The Role of Reimbursement in the Future of Telehealth

Creating an Analytics Organization and Working with Operations

When we move forward with wearables and sensors I think the orthopedic side will really take off too. How do you exploit those technologies and layer that in with telehealth to really be able to, maybe post-operatively, almost never see a patient? If you're supposed to have a certain range of motion and we can measure it with a sensor then maybe you don't have to come back to Manhattan or to wherever you've been for those visits. There's all sorts of exciting things around improving patient outcomes and patient care using these techniques.

With the COVID crisis mounting in New York City, on March 15th we made the decision that number one, clogging up the system with nonessential orthopedic surgery was not in the public health’s best interest. Number two, if we could empty those patients out of our hospital and not treat them, it would allow us to take COVID patients from other hospitals.

We very quickly changed our whole inpatient from being an orthopedic surgery hospital to being a general medical-surgical hospital.