The Sequoia Project is a public-private collaborative working to implement an interoperable health information exchange across the county. Mariann Yeager, Chief Executive Officer, shared the ten-year journey of the project and how it is currently working to overcome the interoperability challenges.

The Beginnings of The Sequoia Project 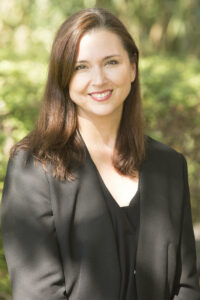 As governmental agencies shared information through the ONC's Nationwide Health Information Network (NHIN), a decision was made to move the network's operational support, eventually leading to the project.

The Sequoia Project was chartered as a non-profit 501C3 with a mission beyond supporting and providing network operational support. There was also a need to have an organization bringing together stakeholders from the private and government sectors to work on the issues impeding interoperability.

The project could also stand up for other independently governed initiatives because it operates with public admission. With a need to partner with the government, it is not made to be an extender of the government's work. Instead, it is a boots-on-the-ground experience in an operational capacity, Yeager explained.

The Struggles of Data Exchange

There are specific building blocks necessary to share interoperable information seamlessly, according to Yeager.

One of these blocks is establishing and integrating standards within health IT platforms. There needs to be specificity and constraints on standards, which gives consistent interpretation and allows systems to exchange information between systems to interoperate.

It took the Sequoia Project seven-to-eight years to mature its standards within existing programs to attain consistency and constraints based on rigorous interoperability tests. In doing so, the program recognized a lack in data value, which they worked to fix by supporting content testing programs and data sources.

The Foundation of 21st Century Cures

After four years of implementing guides, it supported the testing program for the Radiological Society of North America. These activities operated under a single corporate entity, Sequoia, pushing the project to create a separation of interests.

A restructuring resulted in three organizations with individual boards, network governance, and management services, she explained.

"The important thing for us to realize is that Sequoia is adept at incubating and launching new initiatives. And so we realized there needed to be a systematic approach to identifying priorities to work on," she said.

This realization led to the formation of Interoperability Matters, a public-private cooperative that assesses the pain points of interoperability.

"We wanted to create a community of practice and spirit of cooperation around that again to help navigate these very complex policy and technical issues, which are really at the heart of what we do day-to-day," Yeager said.

In December 2016, Congress passed the 21st Century Cures Act, a law discussing the need for a government-endorsed approach to promoting interoperable health information exchanges for the nation. Additionally, it pinpointed the need to look at existing components for further enhancements.

Congress charged the ONC to convene stakeholders to develop or support the Trusted Exchange Framework and Common Agreement (TEFCA). The idea was to create a framework that networks could receive a TEFCA-compliant government status by agreeing to the terms of a common agreement. This agreement allows for an enhanced exchange of information among qualified health information networks.

While the health industry progresses by enabling health information sharing, other players interested in accessing and sharing information are not yet participating, Yeager explained.

She believes the government support of TEFCA creates a piece of critical infrastructure that had previously been unrealized.

The Sequoia Project became the coordinating entity (RCE) in August 2019. This allows the project to operate with the ONC under a cooperative agreement, creating an integrated team.

Beyond compliance, there is a need for increased participation in health information networks, according to Yeager. The only way interoperability will work is if there is more network participation.

Another aspect is a willingness to share or request information through networks. However, there are challenges around this, which is why the project works with policymakers to appease concerns about violating HIPAA.

The Heart of 21st Century Cures

The patient is the heart of 21st Century Cures, which is why there is a continual need to make it easier to access information. TEFCA, for example, ensures patients requesting information receive information unless prohibited by law.

According to Yeager, consumers are insufficiently educated about their rights to access information. They need to know what can be done with their information and its consequences. At the same time, the goal is to equip them to use these capabilities.

The challenge is not a technical or legal issue; instead, it is a policy issue dovetailing into the difficulty of patient matching.

Currently, the Sequoia Project is launching a consumer work group looking into the challenges consumers face in accessing their information. The goal is to make this process understandable and promote health literacy.

The Future of Interoperability

Interoperability in the next five years can be game-changing, Yeager explained. As apps and service providers provide capabilities for patients to better access information, she believes it will continue to progress.

As more apps and platforms release and policies evolve, interoperability will continue to gain momentum. Technology-savvy consumers create a demand for information access—advancing the bar for longitudinal records available to the next generation.

While there are many problems surrounding interoperability, Yeager suggests unpacking one at a time.

Data usability is a top issue because low-quality, uncodified data diminishes the value in its end-use. However, it is a long process to define expectations from an end-user perspective.

"I think so much of it is solvable. The data usability one is a heavy lift. It's one that we certainly are going to stay focused on for some good long time," she said.