For the 4ooth episode special, host Bill Russell was interviewed by Director of Marketing Tess Kellogg as he reflected on the last three-and-a-half years of This Week in Health IT. They discussed the industry trends over the years, the organization's mission, and overall growth they have witnessed.

Bill's Vision for This Week in Health IT

The vision for a media resource began for Russell while he was CIO at St. Joseph's Health, where he would get to talk with a table of CEOs, CFOs, and other industry leaders. 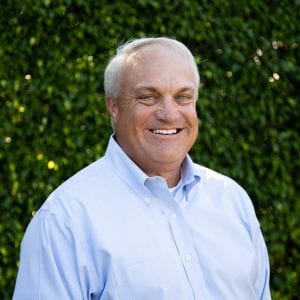 Bill Russell, CEO and Host at This Week In Health IT

"I just sat there, and I thought, I wish my entire staff could hear this. I wish my entire health system could hear this conversation. And too often they don't get a chance to do that because not everybody goes to a conference. Not everybody gets to sit at that table. And I recognized the value of those conversations. I wanted to bring it to more people," Russell said.

Focused on solving immediate issues in his health system, he had a challenging time staying current on industry trends and news, and soon he realized that his staff also needed a continual boost to remain current.

"We started a podcast early on to address those two things, as the mission to amplify great thinking to develop the next generation of health leaders and propel healthcare forward," he said.

Though podcasts in healthcare have boomed throughout the pandemic, Russell continued to record because there are very few focused on health IT. And even as healthcare moves towards digital and innovation, the persevering focus on information technology in the podcast title serves a specific purpose.

"I wanted it to be clear who we created the podcast for... The fact that we have health IT instead of digital health or a health innovation or anything to that effect because those are the topics we're talking about. That's what we're bringing to health IT is the topics and conversations around that. So if I thought we were redundant and there was no need for our show, we'll stop doing it...But I still think there's a great need for it," he said.

Health IT's Changes Since 2018

Looking back at the first year of the podcast, 2018, Russell recalled it was a successful year in healthcare. This was influenced by a significant reimbursement from the Affordable Care Act, according to Russell.

Some of the main topics for discussion were ransomware, the role of EHR, physician burnout, the role of women in healthcare, the adoption of AI and cloud, 21st Century Cures, the consumer experience, and the changing role of the CIO. These conversations have continued to be discussed each year since the podcast’s beginnings; however, they move further in progress each time, according to Russell.

As for the show, Russell began to host Newsday, a show where CIOs were interviewed and brought a news story to share and discuss.

For 2019, there was a movement to grow towards greatness, and it was integral to establish market essentiality and grow bigger--especially as several significant acquisitions took place.

"2019 was a year when everybody was racing," Russell said.

Whether healthcare would become a consumer also became a meaningful conversation, Russell explained.

"Health systems are trying to become more consumer-centric and trying to make ways for people to experience care in a better way; less wait time, more convenience, more access, and all the things it entails, and maybe even access to services that they normally wouldn't have access to," he said.

After realizing CIOs had a hard time preparing for Newsday, a new show, Influence, was created. According to Russell, this aimed to feature CIOs in an interview format, for a longer and to simply mine their existing knowledge.

This year also was filled with significant conversations at a wide array of conferences. Russell conducted interviews at HIMSS, Health Catalyst, Health 2.0, and CHIME conferences, where he spoke with various industry professionals.

The year 2020 changed the trajectory of healthcare. With communities in dire need, the COVID-19 pandemic carried an external pressure that shocked the healthcare industry. However, there were still silver linings found in the process within health systems.

"We did things as an industry this past year that people didn't think was possible. And so it sort of opened up our minds to what we could do," Russell said.

According to Russell, aspects like digital transformation were implemented in remarkable ways. There was a clear focus on community safety, a legacy that will come out of the pandemic. Looking at a lasting impact, Russell believes it will be in conversations.

"We're going to fall back into some of our old habits, but a year from now, someone's going to stand up in a meeting and go, 'I want to move as fast as we did during COVID, during the pandemic,'" he said.

After accelerated growth in 2020, This Week In Health IT expanded during 2021. According to Russell, this year also brought the addition of Today in Health IT, a seven-minute show that focuses on a new story in health IT each weekday and provides his commentary on it.

The Future of This Week in Health IT

With an increased pool of recurring guests, CIOs, CMIOs, MDs, and many other industry leaders have joined the conversations. The role of the CIO position has also become a topic of discussion, as many took on digital and operation tasks during the pandemic. Additionally, it seems that CEOs are now looking to include CIOs in business decisions.

Russell recalled in 2018 when John Halamka claimed that "the role of the CIO has changed totally." However, according to Russell, it was not until the pandemic that these changes were fully recognized.

Other important conversations in 2021 consist of areas like 21st Century Cures, information blocking, cybersecurity, and AI and machine learning.

The 21st Century Cures and information sharing received bi-partisan support in 2020. Recently, the rules for information blocking went into effect, which provides a mechanism for medical record access.

“I think this is the year that we start to see really these innovators make progress on top of that regulation for the first time,” he said.