Disruption, Digital, and Success in a New Role with CIO Sarah Richardson

SVP and CIO of Tivity Health, Sarah Richardson, joined host Bill Russell to talk about her new position, the shift of healthcare service providers, and the future of AI, analytics, and cybersecurity.

Best known for its flagship brand, Silver Sneakers®, Tivity Health also has Prime® Fitness, Wisely Well™, and WholeHealth Living®, making the organization a destination for healthy living. Richardson was recruited to Tivity after five years at Optum, both of which tailored to her experience and passions for healthcare and fitness. 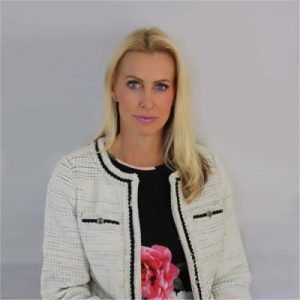 Preparing for CIO Success in a New Role

According to Richardson, she is a traditional CIO in her new role. The main goal is to transform the organization into a platform engagement and software company. While the company has offered fitness, they aim to create spaces to engage customers at a new level and build community.

According to Richardson, Tivity is a prominent web development shop, with 60% of their team in software development. Facing significant changes over the last decade, the organization is re-platforming its brands, not just the backend of technology but also data centers, cloud activity, and a code-based infrastructure.

"We'll create an environment that allows your practitioners in your own environment to practice at their highest level of capability as well," she said.

In the first days of the new position, Richardson emphasized preparedness. Even during interviews, she knew it was crucial to research and understand the organization. However, on day one of walking into the office, it is necessary to assume nothing--starting from scratch with a list of questions.

"You listen. You're frantically curious to take notes. You listen some more. You ask people what they need most from you, what are those expectations that they're setting. And as you build those relationships, you create a couple of different things. You set and manage expectations, and then you create conscious working agreements," she said.

One of the most important actions she took in her first week on the job was a meeting with her CEO, according to Richardson. She committed to meeting with every IT team member for a 30-minute one-on-one meeting within the first 100 days.

"It has been phenomenal in terms of being able to learn and grow and understand the organization. This is an addition to all the standing meetings and all the business partnerships as well. People really appreciate it when we take the time to get to know them," she explained.

Bringing The Startup Mindset to Health IT

Richardson considered how digital engagement and health are being accelerated as a lasting impact upon health IT.

"I'm not just talking about telemedicine. What are the things we're doing that we're seeing are stickiness and lifetime value of some of the things we're bringing forward? What is really important is constantly planning for unknowns in that crisis management space and continued disruption," she said.

Prior to the pandemic, many systems struggled to encourage disruptions because of the amount of regulations they had to pass through. She believes a startup mindset is needed to combat these holding patterns.

"There's always this hesitancy to disrupt things because disruption can lead to either it's not going to be profitable, or you're going to make somebody mad. I feel like we were able to ditch some of the bureaucracy around some of our decision-making," she said.

The more critical issue is how to make investments and changes in the IT workforce. With meeting employees exclusively on Zoom, Richardson is concerned with curating relationships and trust despite the lack of face-t0-face interaction.

"I believe that if nothing else, that the lasting impact on health IT is our ability to be innovative and try things in a new and different way and not have to let bureaucracy and red tape be one of the dictations about how we are willing to try something," she said.

Working in 23 states, her team still accomplishes tasks, which stems from going the extra mile, according to Richardson.

Despite the changing schedules and time zones, trade-offs are made to achieve goals while also living life.

"That's what I've loved about what has happened. We all get to live our lives, do our jobs, and create new opportunities to make things happen. We couldn't do it before," she said.

Lasting Health Effects of the Pandemic

In an article published by the New York Times, the average American gained two pounds per month of the pandemic. According to Richardson, this connects to the highest risk factor of COVID-19, obesity.

Before the pandemic, two-thirds of the population was considered obese. With this additional weight gain, Richardson is concerned about encouraging people to lose weight and not develop comorbidities. Richardson believes these behaviors will change, but the question remains what will motivate it.

"When you think about healthcare, survival, freedom, and power are big components of choice in how we seek services every day," she said.

Addressing obesity, Tivity Health has Prime® Fitness, which can be made available through insurance.

Large sums of money have been flowing into health tech, according to Richardson. Data intelligence has had $79 billion invested in the last decade, $8.6 billion in 2020 alone. Data intelligence consists of analytical tools and methods for companies to understand information collected for services and investments.

She believes that cybersecurity will have the most change in the next three years. While database activity monitoring may not be too exciting, data is the biggest asset to monetize, according to Richardson. Especially as organizations recognize they need to protect their data or none of their work matters.

At this time, Richardson is most curious about creating a code-based infrastructure and having a minimum footprint. She wants the organization to become a high-performing software development ship that allows for growth, building, and learning. This involves re-skilling, re-tooling, and creating new opportunities.

According to Richardson, when it comes to patient experience, it needs to be tailored to individuals.

"You have to meet people where they are and understand what they need. You can't do a one-size-fits-all," she explained.

With an estimated 88 million people over 65-years-old in 2050, it is important to consider the older populations' options if they cannot afford a caregiver.

"What does that mean for us as living longer, healthier, happier lives? People want to age in place. They want to be able to stay home because it's less extensive, it's healthier, it's safer, and they have better routines," she said.

However, this issue is not limited to just the elderly populations, according to Richardson.

"What happens if you can't afford healthcare? I'm hopeful that the patient experience is something we're taking to heart. Because if a pandemic did nothing else, it really uncovered the need for true empathy, to be present, to listen, to communicate, to understand what people's individual circumstances are. It put a greater focus on the advocacy of wellness and of helping people to truly be healthy," she said.

She believes strides are being taken towards what this means both as a country and at Tivity Health.