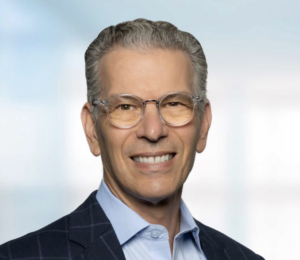 As Cerner’s President and CEO, David Feinberg, M.D., focuses on delivering tools and technology that help caregivers optimize the health of their patients and communities.

As a pediatric psychiatrist, David built his early career around helping children and families. He served as president and CEO of both UCLA Health and Geisinger Health prior to assuming leadership of Google Health in early 2019.

At Geisinger, David led a complex turnaround that made Geisinger one of the nation’s most innovative healthcare providers, including a first-of-its kind clinical program that made DNA sequencing a routine part of patient care. David also guided Geisinger’s transition to value-based care using Cerner’s population health platform, HealtheIntent, integrated with a non-Cerner EMR.

At Google, David leveraged Google’s technology, talent and search capabilities to tackle healthcare’s most important challenges. Under David’s leadership, Google was at the forefront of using Artificial Intelligence and mobile platforms to improve healthcare and – in partnership with Ascension Health – produced Care Studio, a tool that organizes patient records for healthcare clinicians at the point of care.

David began his career at UCLA, researching and publishing in the areas of addiction and attention deficit hyperactivity disorder. He took on additional leadership responsibilities, including becoming the Medical Director of the Resnick Neuropsychiatric Hospital. By implementing rigorous service metrics and patient satisfaction measures and completing a financial turnaround, UCLA’s neuropsychiatric hospital is now considered the premier psychiatric hospital in the western United States.

David earned his M.D. from Chicago Medical School in 1989, finishing at the top of his class and is a member of the Alpha Omega Alpha Medical Honor Society. He also holds an economics degree from the University of California-Berkeley and an MBA from Pepperdine University.