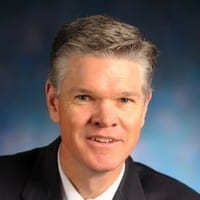 Physician, Past CIO and CMIO

David J. Bensema, MD, MBA, FACP, immediate past Infectious Disease Branch Manager for Kentucky Department for Public Health, is the former Chief Information Officer and Chief Medical Information Officer for Baptist Health, and a board certified internist who, after 16 years of private practice in Lexington, became the Executive Director of Physician Services for Central Baptist Hospital and Medical Director of Baptist Physicians Lexington, Inc. in August 2006.

Bensema received a bachelor’s degree in biology from the University of Kentucky in 1982, followed by his medical degree in 1986, completing his residency in internal medicine in 1989 and chief residency in 1990. He completed his MBA at Auburn University in May 2013.

Bensema has participated in the start-up of three life insurance companies and in 2004 became board certified in insurance medicine. From 2007 to 2017 he served on the e-Health Board for the Commonwealth of Kentucky. He is a past-president of the Lexington Medical Society and past President of the Kentucky Medical Association. He serves as a Delegate to the House of Delegates of the American Medical Association from Kentucky. He was a founding investor and Board Member for the Bank of Lexington from 2005 until its sale in 2018.

He and his wife, Dr. Marian Bensema, a pathologist, reside in Lexington, Kentucky where he continues to learn and evolve. They have two grown sons and daughter-in-laws, and four grandsons.

A Skeptics Conversation with a Physician Around COVID-19

A Skeptics Conversation with a Physician Around COVID-19

How Can Healthcare Meet the Expectations of Its Consumers?

We haven't learned how to be sympathetic to people about their weight in a way that engages them and allows them to feel safe and trust us. And that's on us as healthcare as a whole.

The onus is on the systems to develop a pool of professionals for referrals that's diverse enough and represents a variety of cultural fits and personality fits to be attractive to the patient population. Systems also have to figure out how to keep the quality of it. Without that you cannot sustain.

The likelihood that you’re in a community that has not seen at least one COVID-19 case is slim to none.

One of the things we definitely know is how little we know. And if we have the humility to recognize that, then we can join together to move forward, instead of polarizing.