David Brailer the nations first National Coordinator for Health IT was interviewed at the CHIME Summer Forum by Scott MacLean of MedStar Health, here are some excerpts:

on Public Health
I came into the government, not that long after 9/11. When the L E X S the Law Enforcement eXchange System was put in place to allow information sharing from a local police department to the intelligence agencies. So it was seamless and integrated and analyzed. And that was a perfect metaphor for the public health. P H X S that is what we wanted to build (for public health), and we designed that and we could never get it funded. And to this day, we're living with a really dilapidated and obsolete public health information infrastructure

on Interoperability
we believed philosophically that interoperability should come first. The medical internet as we called it, the nationwide health information network should come before we start putting appliances and technologies on the end. And of course, because of the stimulus during the great recession and the hitech act, electronic records came first and now we're still catching up with #interoperability.

on Disruption
you're suddenly going to have potentially thousands, hundreds of thousands of requests for data, from people. And they're going to start doing things with it and then disrupt the hospitals. That's going to accrue back to the hospital with people coming into the emergency room because of the app. So they have a problem, and it's based on data they got from you. To me. I don't think providers are prepared for it. And I think, they're not prepared for the care delivery impact or what it means when they no longer can protect the fiefdom of their own data and use it to secure an advantage in the market. So we'll see, I, I'm optimistic because I think sometimes you get to break things a little bit to be able to fix them

A lot to think about. Much thanks to the National Coordinators for Health IT who have moved this vision along.

Today: Why Some Health Systems do Better than Others? 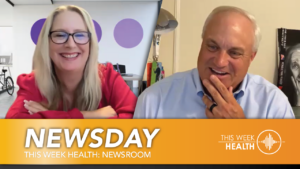