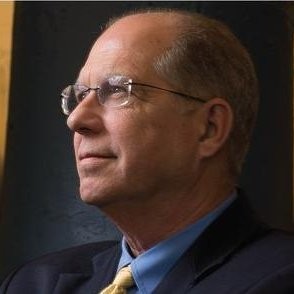 Charles Christian is the VP of Technology for Franciscan Health.

Most recently he held the position of Executive Engagement Director of the Indiana Health Information Exchange (IHIE), the nation’s largest Health Information Exchange, and also served as the VP of Technology & Engagement at IHIE.
Prior to joining IHIE, Mr. Christian served as the Vice President / Chief Information Officer of St. Francis Hospital in Columbus, Georgia. Before his role at St. Francis, he served as the Chief Information Officer for Good Samaritan Hospital, in Vincennes, Indiana. A position he held for almost 24 years.
Mr. Christian is a HIMSS Fellow and is a Past Chair of the HIMSS Board of Directors, a Fellow and charter member of CHIME and served on the CHIME BOD from 2003 through 2004. He is credentialed by CHIME as a Certified Healthcare CIO (CHCIO). Mr. Christian is a charter member of the re-established Indiana Chapter of HIMSS and served as a BOD member from 2000 - 2009. Mr. Christian served as a member of the Board of Directors of the Indiana Health Informatics Corporation by appointment of Indiana Governor Mitch Daniels. Governor Daniels also appointed Mr. Christian the Indiana Healthcare Information Technology Board of Directors.
He is currently serving on the CHIME Board of Directors as Chair and served on the Georgia HIMSS Board of Directors from 2013-2015. Mr. Christian is a past anc current member of several industry advisory groups/councils.
- Recipient of the Charles E. Christian Leadership award, presented annually by the Indiana Chapter of HIMSS.
- Recipient of the 2010 John E. Gall, CIO of the Year Award, presented by CHIME and HIMSS.
- Was named among the top 100 Healthcare CIOs to know, 2013, 2014, and 2015 by Becker’s Hospital Review.
- Was named the recipient of the 2019 HIMSS John Page Distinguished Fellow Service Award.