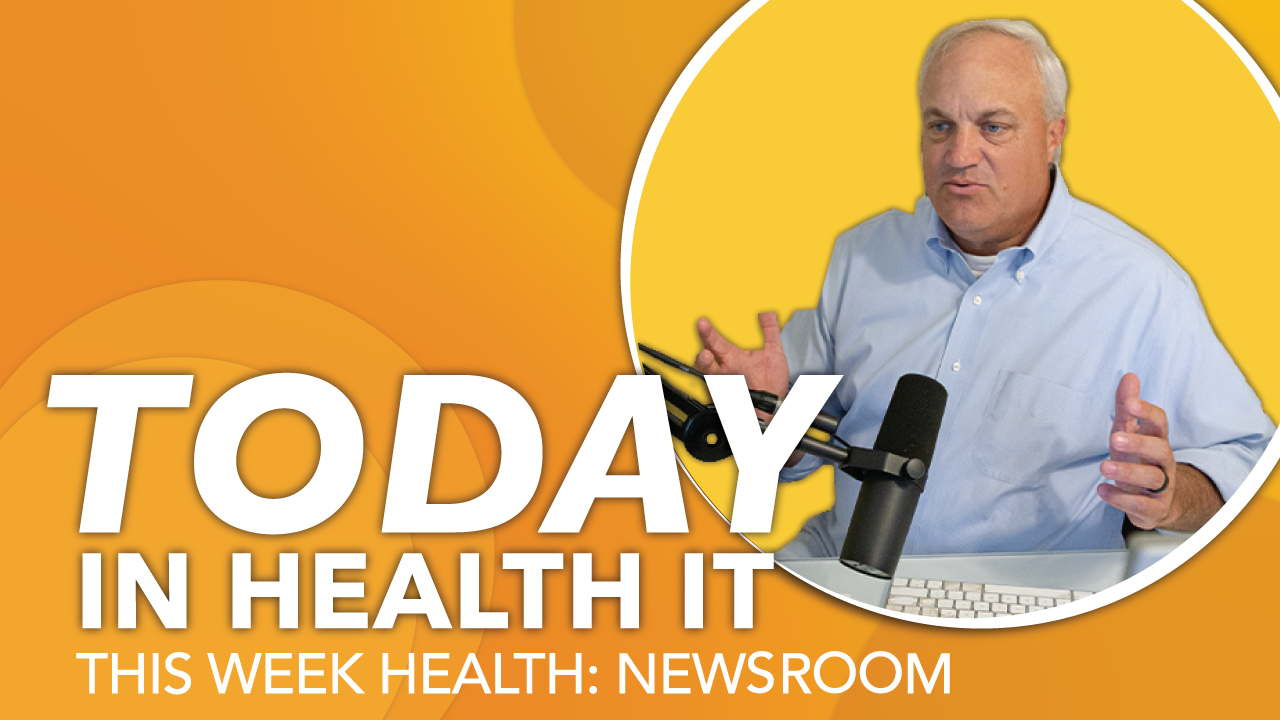 Financials are good for many health systems. We look at the HCA and Cleveland Clinic building expansions and wonder if we are investing enough in the digtial foundation.

Today in health, it, we take a look at capital projects and laying your digital foundation.

My name is bill Russell. I'm a former CIO for a 16 hospital system and creator of this week health, a set of channels dedicated to keeping health it staff current. And engaged. We want to thank our show sponsor shore investing in developing the next generation of health leaders, Gordian dynamics, Quill health tau site nuance, Canon medical, and current health. Check them out at this week. health.com/today. All right, a couple of quick announcements. We're coming up on conference season.

So there's just a lot going on. We have a webinar coming up on February 24th. Owning the cloud in your organization. Hit the website this week health.com for more information. If you have a C in your title and you are going to be at Vive or hymns, I'd love to catch up with you and do a 10 minute interview. This is part of our interviews and action series.

It. Our initial group of hosts include three doctors, three CEOs, two CMIS. Two data scientists in a cybersecurity first responder sign up today, wherever you listen to podcasts. All right today, I read two stories. They aren't connected, but they are related and they are about capital projects that are going on. The first one is HCA to build five new hospitals in Texas.

The national based health system has invested approximately $6.6 billion over the last five years, including other expansions currently in progress. , let's see. They plan to build five new full service hospitals in Texas to meet the state's growing population. And need for healthcare services. The new hospitals will be located in Dallas, Houston, San Antonio.

A couple of partnerships here and in Austin, the new facilities will compliment the health systems already existing presence in several rapidly growing communities across Texas. Let's go down here to. , I want to look at their financials today a day after ACA NAFSA its expansion, the organization released its financials.

Which gets to my, so one on this. Why does this matter to healthcare? It, first of all, you're going to be putting up buildings. You should know what that process looks like. I've talked to CEOs and we've talked through the process of standing up new facilities and new buildings. A lot of times it gets boxed out

for whatever reason, oddly enough. And you need to make sure you're a part of that process. And can add value to that process along the way. Somehow when you're building a new building, you bring in a firm that firm brings in their technology people, and they're like, we've got this covered. And then you end up with.

, not a mess, but something you have to integrate later. So, we're coming off strong financial years for many health systems.

It is critical to modernize the physical plant and either offensively or defensively place, new locations of care. And the communities that you serve, some might say that this is investing in an old model. I would challenge them to show me the financials that rival a new hospital campus in a growing suburb.

In any digital capacity at this point.

So I would invest in modernizing not only the physical plant, because that's important to your current revenue streams and probably your future revenue streams, but also the digital plant healthcare will continue to move gradually to digital over the next decade. I would also talk about the digital foundation.

Talk about it in building terms, the board understands putting up buildings. Speak their language. What is the digital foundation? Well, it is the technology that is integrated and integrated means a shared workflows data collection, data sharing. , messaging and analytics, , and should also provide for omni-channel connections with, and between the patients and the providers, if you have some of these things, but it isn't integrated, you still have a fair amount of work to do. The digital foundation is critical for the future success of any healthcare system.

If not present day success, then definitely for the future success of the healthcare organization. It's time to get the capital to invest in the digital foundation. To prepare for the future of healthcare that's all for today. If you know someone that might benefit from our channel, please forward them a note. They can subscribe on our website this week out.com or wherever you listen to podcasts, apple, Google, overcast, Spotify, Stitcher, you get the picture.

We are everywhere. We want to thank our channel sponsors who are investing in our mission to develop the next generation of health leaders. Gordian dynamics, Quill health towel, site nuance, Canon medical, and current health. ????