A Walk Through the Resume of Charles Boicey, CIO at Clearsense

Charles Boicey, Chief Information Officer at Clearsense, has a passion for engaging people not just in healthcare but in health. Boicey walks through his resume with host Bill Russell, sharing how each position has brought him to where he is today.

The Battleground for Critical Care Medicine 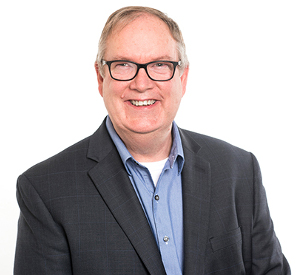 After a time as a paramedic and part of the US Nurse Corps, Boicey transitioned to the LA County, USC Medical Center. For 13 years, he worked in a 24-bed unit filled with gunshot, stabbing, and other violent wounds. However, this difficult working environment allowed for significant data innovation.

Boicey worked with notable professionals like Dr. William Shoemaker, one of the founders of critical care and the Society of Critical Care Medicine. The two worked on predictive models before becoming popular terms like AI machine learning.

In the beginning, math was not accepted like it is now. Clinicians do not like being prescribed to, and machines telling clinicians what to do did not bring the best level of adoption. Papers on this subject were posted in the last decade, which gained popularity, but their origins began decades ago.

The Adoption of Technology at the City of Hope

Boicey later began his role as the Nurse Manager, Senior Clinical Project Manager at the City of Hope. This change meant focusing on the adoption of technology.

During this time, he returned to the Stevens Institute of Technology for his computer science, Technology, and management degrees. By studying the best ways to implement technology, Boicey managed projects to ensure adoption success. He also assisted with putting requisite data in the proper form for research purposes.

Lessons Learned at City of Hope

During his time at the City of Hope, Boicey learned from his time in development that the product is not what is in the developer's head but what the clinical staff needs. The industry sometimes thinks it knows better than those who need it. This led to developments that did not work within workflows, and features and functionality did not match needs.

His lesson ensures requirements are met by including those needing development from the beginning. Not only do those using it have ownership in the process, but it matches needs.

"How could you expect clinical operations or even financial folks to rely on these machine learning products if they haven't been brought in from square one? It's difficult," he said.

The Similarities Between Healthcare and Social Entities

Boicey's career continued at UCI as the Informatics Solutions Architect, which allowed him to continue his research. Around 2010, he began to see the correlation between healthcare and social entities like Google, Twitter, and Yahoo.

"I know that sounds a little bizarre, but if you think about your LinkedIn profile, it's no different than a pathology or radiology report," he said.

Every year, postings on social media platforms are categorized into a folder, which is no different than episodes of care.

The Power of Tweets

Monitoring social media postings about a hospital provides insight. While there are negative comments on food, clinicians, and overall experience, there are also positives.

"There is some great stuff that healthcare organizations don't realize that's being communicated by their patients and family members," Boicey said.

While working at UCI, Boicey became the Co-Founder, Chief Innovation Officer for Social Health Insights in 2012.

During his time there, he was tasked to build an application that monitors social media in real-time for disease outbreaks. This application is used by the Centers for Disease Control (CDC) and the World Health Organization (WHO). It has led to additional opportunities to work with the National Airspace System (NAS) and the Department of Defense (DOD).

This application helps people understand outbreaks and what is happening in real-time. Timely data helps determine spikes around the country.

One distinct contribution during his time in this position was ensuring data was all in one place. By doing so, researchers can access information without being delayed. There are times when researchers can be stuck at a hypothesis for months as they try to find data.

To make data available, researchers needed a virtual desktop environment (VDI) that researchers could access. From a regulatory perspective, this reduces the worry of needing servers or zip drives to store data.

This is a minimal-cost environment that, from a research perspective, only needs a keyboard and a screen, he explained. Within this environment, data is accessible, tools are available, and everything is safe.

Boicey on Advocating for Clinician Involvement

Since 2016, Boicey has been a professor at Stony Brook Medicine. He teaches subjects like Healthcare Data Visualization, Big Data Technologies in Healthcare, and Applied Healthcare Analytics.

The courses he teaches are applied classes with emerging technologies. One of his most recent courses is a one-day Python class, which gives nurse informaticists a general practical ability to work within a Python environment.

"I'm an advocate of teaching physicians and nurses and other practitioners data science. They should be part of that team... I'm still affiliated with other universities, but I'm very passionate about clinicians being involved in data science," Boicey said.

Boicey is currently the Co-Founder and Chief Information Officer at Clearsense. His desire through this position is to reach as many people as possible with this technology. This universal technology is one way to impact digital disparity significantly, he explained.

One goal Clearsense has is to automate as much as possible. They plan to automate the process from an RPA perspective by looking at other industries, like Amazon, that have sped up their process by cutting out middle processes. Boicey's mission is to get data from a raw state to a curated state as quickly as possible with little human intervention.

A Vision for the Future of Healthcare

Boicey's inspiration for the future of healthcare comes from a quote by Thomas Edison describing future doctors not prescribing medication but working with patients on the cause and prevention of disease.

The goal for Boicey is to engage people in health, not simply giving care. By engaging, educating, and providing the necessary tools, patients can learn to be healthy.

The current state of healthcare develops sick care as opposed to healthcare.

"I think we've never had the technology actually to do that [healthcare], but we do now. And that's what I'm going to work on for the rest of my career," he said.