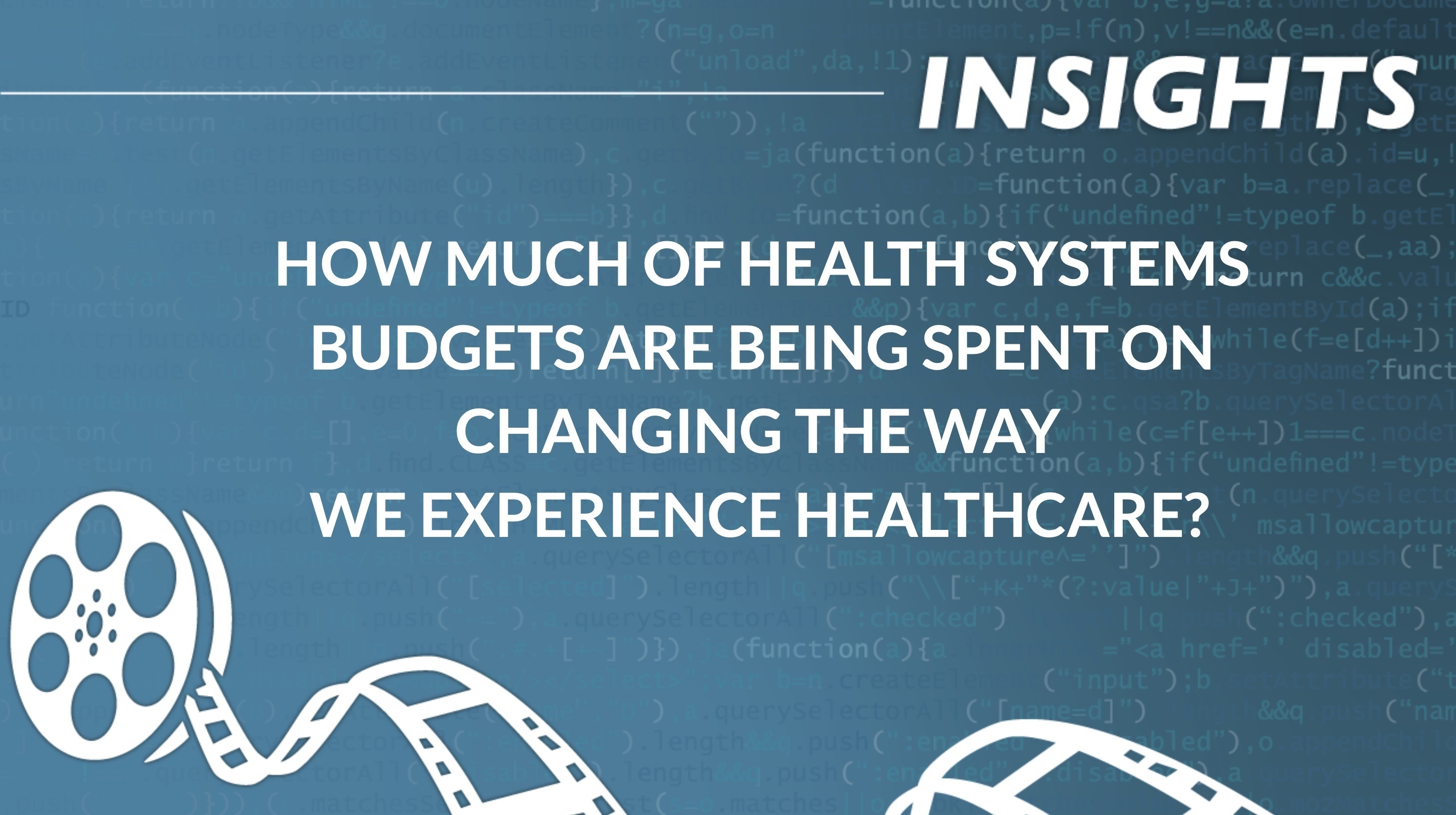 Today on Insights. We go back to a conversation Host Bill Russell had with Dr. David Bensema in 2018. The topic of discussion was Hospital-based Reimbursement Systems versus New Models of Care. And Bill asks David, how much of health systems budgets are being spent on changing the way we experience healthcare?

You know, hospitals still absolutely will make up a significant portion of the revenue for health systems in the foreseeable future. There's no doubt about that. The big box hospitals is going to be that. But you know, what I want to talk about is what do we as CIO's and technologists do to prepare for this next wave of change, which is already really upon us.

And you know as the phrase goes, we talked about budget already. Show me your checkbook, and I'll tell you your priorities. The same is true in healthcare IT. Show me your budget and I can tell you an awful lot about what you value and what you're going to become in the future couple of years.

If I were looking at health system's budget right now, there's a couple of things I'd look at. I'd ask, you know, how much are you spending on things connected to the hospital versus new models of care? I see a lot of budgets very focused on the EHR. You know, how many resources are you putting on the HR, which is predominantly a system to run a hospital or to run a health network.

And this is one of those areas that we lead as CIOs. We identify areas that have promise and, and utilize some of that margin budget that we have to support those and move them forward. So, David, you know, I guess my question to you is have you seen this transition away from hospital strategies in the health systems that you work with and where do you think this is going to lead?

Now with CMS declining to accept or to approve additional sites that are off campus in terms of hospital-based reimbursement. Systems are having to figure out how to live on mild primary care budget. I'm an internist by training and practice. And, you know, we learned how to run things tight.

And I think hospitals are starting to learn that. And so we're certainly seeing that we're seeing a much more aggressive acquisition or alignment with home health to try to reduce the readmission rates. To try to move the care back into the homes. We saw a significant investment in the system that I was with, right as I was leaving in telemedicine, both for visits, so communicating as you and I are right now, but also for telemonitoring, home blood pressure, home weights being fed back in to the home health. And I think the other thing that has helped is the investment in the EHRs in some systems, if they did a good across system integration, allow you to decentralize that care and do a better job of making sure that the patients are cared for where it's most appropriate for them.

I found it interesting. At least for our budget in the previous health system I was at the medical group IT budget was really kind of paltry compared to the hospital. And there were many occasions where I sat down because we tightly partnered with them, but it was a separate budget.

And there's many times where we had to sit down with them and they said, well, we can't really afford that analytics package or we can't afford that pop health package. And that partnership became really key because first of all, I didn't understand that. And because of the way we did budgeting from the article you talked about, we always have some margin dollars to spend.

And invariably, it went to those guys. It was an opportunity to really bring those capabilities forward so that we can do a clinically integrated network better. We could do the ACO better. We could do analytics on that population. We could keep them out of the hospitals. And for some reason I don't know if it's just history or whatever.

Yeah. And I think we will see that shift over, I think in the system, again, that I left partially because when I was CIO, it was as we were transitioning to the integrated EHR. We were tearing out our existing systems and so we did bring the physician enterprise under the same umbrella as the hospitals.

And I was able to communicate to the system executives and to the board, the need to think of them as a continuum. And I think as more and more people think about the care continuum and drop the walls of the hospital, at least figuratively and think about how the patient moves through the system, through care, systems will start to shift their budgets and understand that.

So you need about 62% of your patients where you are at risk, where you are accepting, whether it's capitation or some form of full risk in order to pay for these systems and to make that critical mass that tips you over to being able to successfully do that, then you benefit from reducing your admissions. Right now you know, we're still trying to drive fee for service in most sectors in the markets. And that stops you or blocks you from shifting money away from the hospital.