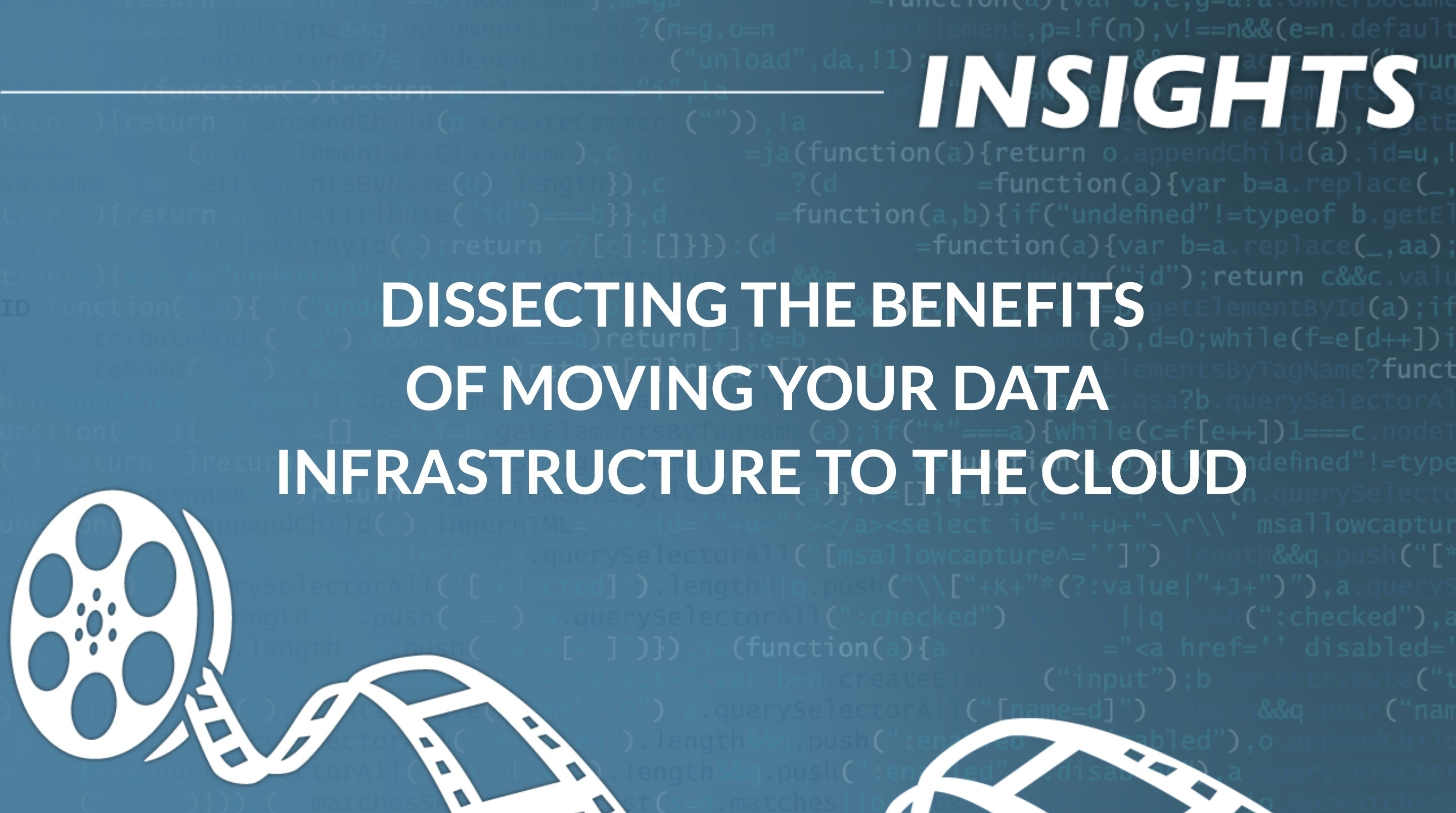 Today on Insights. We go back to a conversation Host Bill Russell had with Robert Rice. The topic of discussion was Cloud Infrastructure Deep Dive. And Bill and Rob take a look back at 2021 and dissecting the benefits of moving your data centers to the public cloud.

This is a deep dive episode. We're going to focus in on cloud infrastructure.

I'll do the setup, and then we can move deeper into the process. Rob and I have a lot of the same shared experience with this. So let's let's start off with a quote. Dale Sanders, President of Technology with Health Catalyst had t his to say on LinkedIn. If and when, I ever return to the CIO role in healthcare, I'll race as fast as possible to move my data centers to the public cloud.

There's no way I can provide the same capabilities on any dimension with my data center. Even the data centers like ViaWest can't come close to matching Azure, AWS, et cetera. And I think it's interesting. I think you're seeing a lot of the John Halamka on the show, also had similar comments about the capabilities and things that are available in the cloud.

So scale up, scale down. Meter service. Pay for what you use. So, one of the benefits of the cloud is if you have a thousand users today, you pay for a thousand users. If you have 800, you're paying for 800, but even more than that the services are much more granular. So, you're only paying for the storage you need and the compute you need.

And now it goes all the way down to much, AI and other things as well. The fourth thing was programmatic access to resources. This is where we get into the dev ops. This is where a lot of your efficiency comes in. And then the fifth thing was granular accounting to the point where AWS now.

You can do compute by the minute. So, for those of you who are wondering what you would use that for, sometimes you have a processing that's done at night. You can scale up a hundred servers, use them for 10 minutes, do all your processing, scaling back. And only pay for using those servers for 10 minutes.

So, so granular accounting. So self-service provisioning, rapid elasticity, metered service, programmatic access to resources and granuar accounting. Like I said, not a perfect definition, but it sort of set up what we were looking to accomplish. We were looking to get agility, efficiency, and automation within our health system.

And one of the things is when you don't know what's next in your industry, you need to create something that is, that you're able to make quick moves. You're able to adapt very quickly. And so cloud gives you that ability. The second thing we knew is that healthcare was moving outside the walls of the traditional health system.

So we used to have data centers which served our 23,000 staff. But that wasn't going to be the case moving forward. We were going to start putting devices all over the place. We also had clinics, critical access facilities, long-term acute care facilities. So it is more and new types of partnerships. So that, that not only were we looking at 23,000 end points, we were now looking at literally millions of endpoints accessing resources from our data center and the cloud lends itself pretty well for that.

I mean this is the real thing here. The data center had just gone down eight times in six weeks prior to my arrival as CIO. It's actually one of the things that precipitated coming in as CIO. And the other thing I will give people just because it gets a picture of our relationship.

I was the unreasonable CIO. You were the VP of Infrastructure and operations. And I looked at you and said, Hey, get our data centers to the cloud. And, oh, by the way, here's one last thing. You can only have two racks per hospital and they have to be self-contained racks and not need data centers.

So we'll shed some light on why that was a piece of cake and actually how you exceeded that expectation, which was pretty interesting. All right. Are you ready?

So we've set it up. You come in as VP of Infrastructure and Operations and we have this cloud strategy. So, you take the cloud strategy. But one of the things that we talked a lot about is we're not moving to the cloud for cloud's sake.

First and foremost, it gets you out of the plumbing. IT plumbing. Your a healthcare business. You're not an IT business. You shouldn't be there and we don't do it well, cause we, we don't attract the level of talent that we need because honestly, right so that little talent wants a Google wants a Disney wants an Amazon on their resume.

In fairness, we were in Southern California. So we were competing with literally with Google, with startups, with Disney and others. So it was, it was a tough labor market.

Right. Right, exactly. But the beauty is the application stack is also not very complex in the grand scheme of things. So it lends itself easily to get yourself out. Once you get over that one kind of emotional hurdle is, I need to own the servers

Yeah. First and foremost, right it's understanding and proving, do we know what we need to know? And what do we don't know? Right. I know funny speak but the basic ism for it is what is our difference? What are we actually managing?

And what do we think we know versus all that shadow stuff that we know that doesn't exist. Once you start getting your hands around that, well it becomes an easier picture to paint that we probably don't manage enough of it already. So it's easier to start kind of boxing up and shipping out.

Yeah. Between you and David Baker, you guys kept reminding me that it's not compute storage and those things that people buy, what they want from IT is uptime, ease of use, access. They're buying services and so much of our challenge upfront was to get IT to think different.

I want to thank Tracey for another great episode. If you have feedback regarding the content and materials that you just heard and would like to help us to amplify great thinking to propel healthcare ???? forward, please send us a note [email protected] Thanks for listening. That's all for now. ????