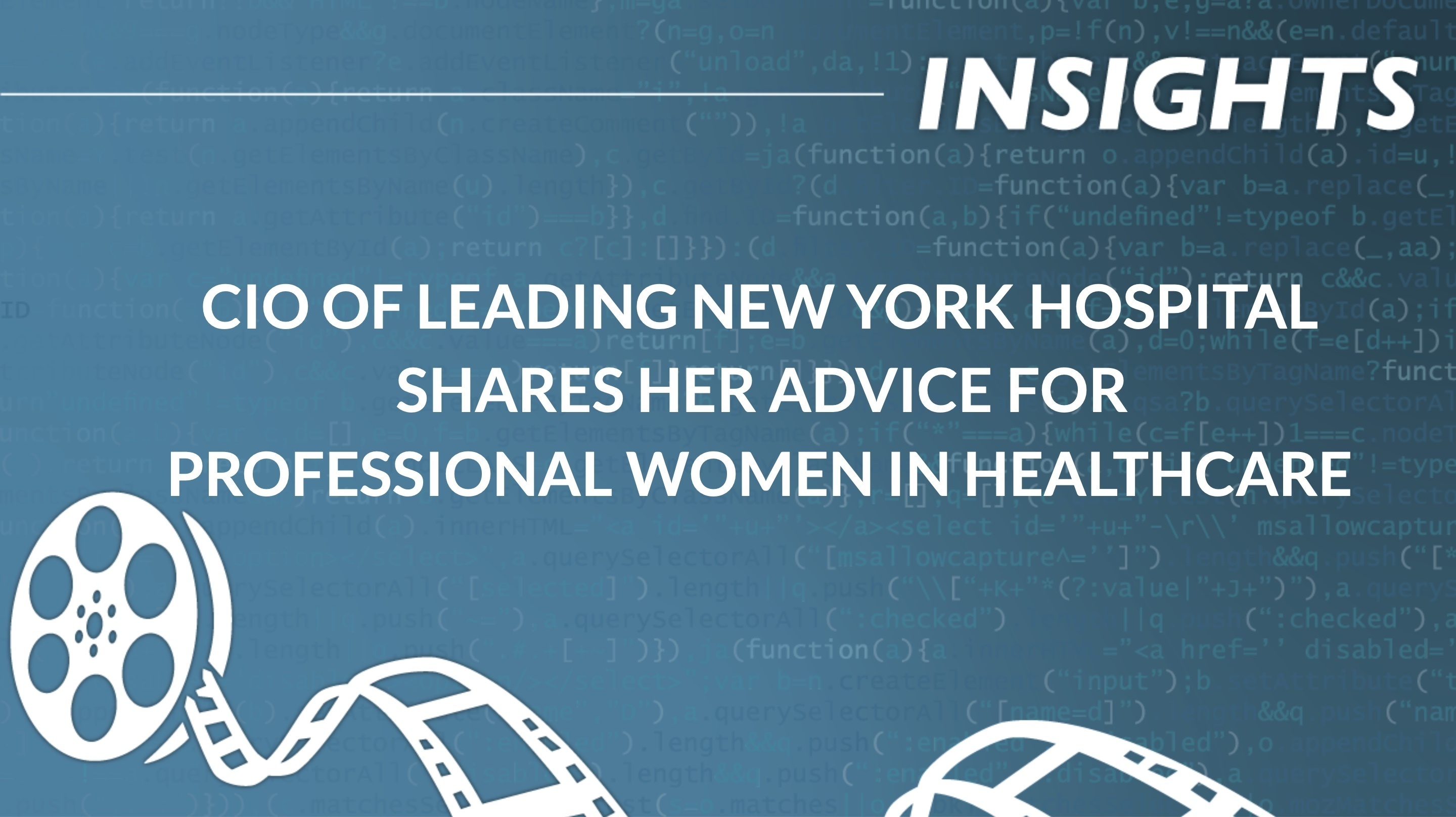 Today on Insights. We go back to a conversation Host Bill Russell had with Kristin Myers, CIO at Mount Sinai. The topic of discussion was Advice for Professional Women in Health IT. And Bill asks Kristin, why do you think diversity of staff is so important to promote?

Today on insights. We go back to a conversation host Bill Russell had with Kristin Myers CIO at Mount Sinai. The topic of discussion was advice for professional women in health IT. And Bill asks, Kristin, why do you think diversity of staff is so important to promote?

You're an advocate for women in leadership and diversity. We talked about this the last time we were on the phone. Why do you think diversity is so important to promote? And I think the following question for me on this is going to be, what's some advice that you would give women in healthcare IT at this point?

So I think, diversity is important. We need to have different opinions at the table in order to solve really complex problems. And in healthcare and specifically in IT, we've got a lot of complex problems to solve.

I also think that at the leadership level, we need to have representation of our patient population. And when you think about it, 60% and above of healthcare decisions are made by women. And so that's why I feel you know pretty passionately that, the leadership has to reflect, out-patient population and where the decisions are being made in order to engage our patients also. And, I'm very lucky to be working at an organization where we have great examples of strong executive women. We had a number of them recognized recently in Cranes and we also the number one health system for diversity and inclusion. And we've got a great diversity and inclusion program here. Again, it's an honor to work at Mount Sinai.

Yeah. Well, that would have to be the case in New York City. It is literally the epicenter of a melting pot. Your patient community is very diverse and your care community is. Any advice you would give to women? I mean, I saw a post, I think it was LinkedIn posts where health system team said just finished our strategy session, setting, our strategy whatever. Great meeting and the picture had a picture of all the people that were attending. And I kid you not, I think it was like 14 men and two women. And I thought that's problematic.

Well, I think, ultimately it starts with the recruiting and the pipeline. And, if you are an executive it doesn't matter what gender you are and you're receiving the same resumes over and over. The answer to the question is why. And so you've got to go back to HR and you've got to look at the pool of resources that you're trying to pull from. And that's not just for gender.

It's also for underrepresented minorities. And, so I think that that's where it starts. I would also encourage female leaders to engage the men in their department as allies. Because just having a discussion with other female leaders is great. And I think that, it helps other women in the department, but ultimately we have to engage the men in this endeavor.

So if there is a room full of men I think that, the question would be, where are the women? And I think that women leaders and men leaders need to bring in other women into the meetings. Even if they're directors or senior directors, just to give them that exposure. Give them the seat at the table and hear what their opinions are.

And I think if more and more happens like that. We'll get some progress. And I also think mentoring is huge. I know that sometimes it's a challenge for women. I've heard many, many women say they're not being mentored by a female leader. So I really encourage mentoring at our health system.

And we've got a great program here but I would encourage other health systems and hospitals have a mentoring program and have a women to women mentoring. It helps.

Yeah. Be a mentor, seek a mentor.